Under the bailout programme: IMF issues fresh set of conditions

Under the bailout programme: IMF issues fresh set of conditions 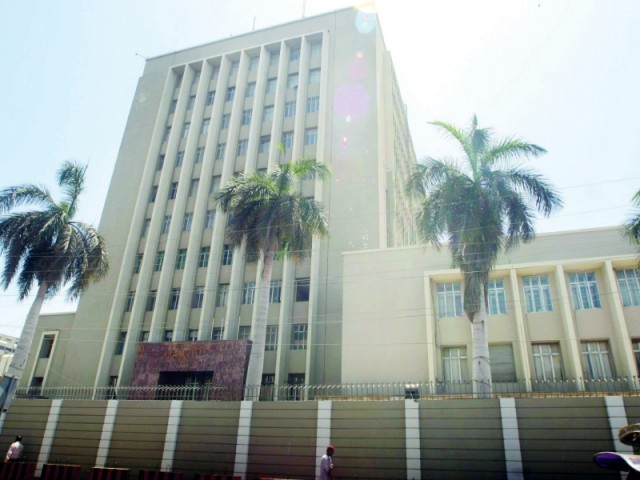 The central bank has been asked to finalise a time-bound action plan by February next year to set the key discount rate. PHOTO: EXPRESS TRIBUNE

The International Monetary Fund (IMF) has issued a set of five fresh conditions on Pakistan under its $6.6-billion bailout programme, aimed at strengthening operations of the State Bank of Pakistan (SBP) and the Federal Board of Revenue (FBR).

The conditions were imposed during the fifth round of talks, which concluded last month, and paved the way for the loan tranche of $1.05 billion. The international lender has also asked the government to fulfill these conditions in the next three months.

The central bank has been asked to finalise a time-bound action plan by February next year to set the key discount rate between the floor and ceiling rates  –  a band that will be determined by the SBP itself. As per the condition, the SBP will make the band-based discount rate operational by September.

The government says that the policy rate corridor will enhance the effectiveness of monetary policy, ensure better management of liquidity in the inter-bank market and conduct open market operations.

The Memorandum of Economic and Financial Policies, jointly signed by Finance Minister Ishaq Dar and SBP Govenror Ashraf Wathra, states that the new approach will set the policy rate in a forward-looking fashion to maintain positive real interest rates in line with its desired inflation path.

Approach will not work: experts

However, experts suspect that such an approach will not work in Pakistan. They argue that the SBP ends up defending its corridor rates instead of forcing the market players to change their behaviour.

In 2009, the SBP had implemented the interest rate corridor for money market overnight repo rates under the previous IMF bailout programme. The window is now used to fund the federal fiscal operations by giving money at reduced rates to banks who then subsequently lend to the federal government.

Recently, the SBP injected Rs585 billion in the market that the commercial banks borrowed at an interest rate of around 9.3% and subsequently lent the government at 10.5%. The banks minted money by using official coffers.

The IMF has also imposed a new structural benchmark to improve the internal operations of the SBP. The condition, which has to be met by the end of February, states that an investment committee of the SBP Board will begin regular oversight and approval of the reserves management strategy and risk practices. In order to ensure accuracy of official data, the SBP Internal Audit Department will conduct reviews of the programme monetary data reported to the IMF.

The IMF is also seeking drastic change in the SBP Act aimed at making the SBP free from the clutches of the Ministry of Finance.

In order to bring an end to the FBR’s discretion to give tax exemptions, the IMF has imposed the condition of preparing draft legislation by the end of March aimed at withdrawing the FBR’s powers.

At present, the FBR has the powers to issue Statutory Regulatory Orders (SROs), which many believe tantamount to usurping the powers of the Parliament.

The tax system has been plagued by tax concessions given to influential segments of the society through SROs. The government has assured the IMF that it will not issue any new SROs and to permanently prohibit the practice. The Parliament is likely to approve the legislation before end-December 2015.

The IMF has also asked the FBR to reduce the number of processes and forms for paying sales and income taxes by March. As the FBR has failed to achieve its revenue targets, the IMF has also decided to set an indicative ceiling on the FBR’s collection targets, shows the IMF documents.

In a bid to improve the deteriorating debt management of the country, the lender has asked the government to reorganise the Debt Policy Coordination Office as a middle office responsible for updating the medium term debt strategy and monitoring its implementation.