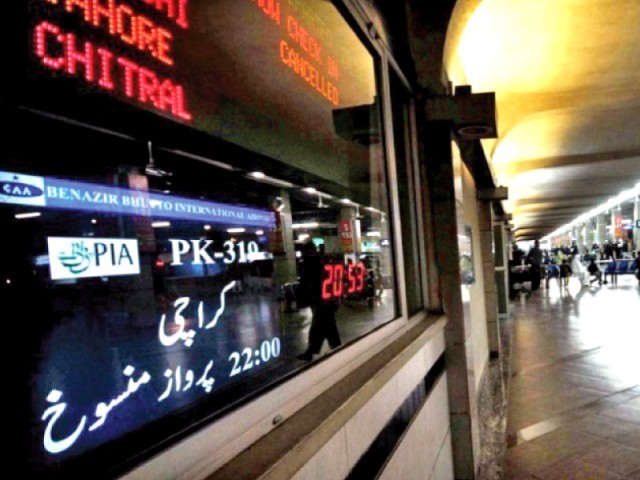 All the entry and exist points of the Islamabad airport have also been sealed off. PHOTO: APP

According to sources, contingents of Police, Airport Security Force, Rangers and Army have been called in after the airport was put on high alert.

All the entry and exist points of the Islamabad airport have also been sealed off.

Airport officials confirmed that there was a security threat, but it was cleared after a search operation was conducted and that the airport had now resumed normal operations.

A flight, PIA853 from Beijing was due to land at the airport, but was diverted to Karachi. It was not immediately clear why the flight had been diverted.

Soon after, however, Thai Airways flight (THA350) from Islamabad to Bangkok took off after an hour and a half delay.

Two other flights, a Qatar Airways flight (QTR614) from Doha and Emirates flight (UAE614) from Dubai heading to Islamabad airport reportedly landed as per schedule.

Earlier on Monday evening, Lahore airport had been shut down by authorities owing to heavy fog and low visibility at the airport.