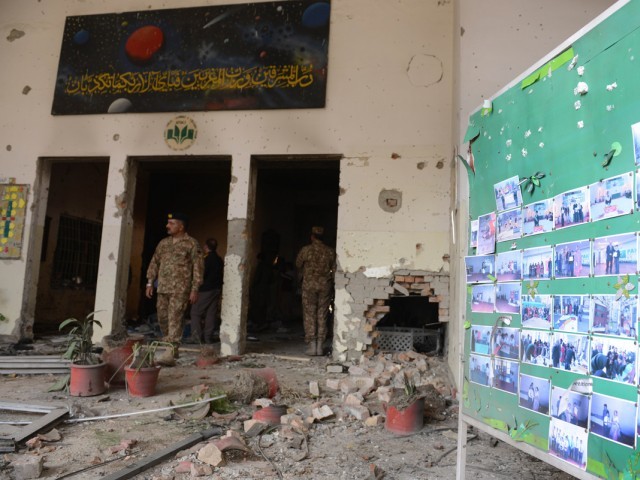 While several of missing students were said to have been reunited with their families or found in morgues later, a number of children are still reportedly unaccounted for. PHOTO: AFP

A three-year-old girl is said to be missing in the wake of the carnage at Army Public School.

According to officials at the home department, Ahmad Tauseeq’s three-year-old Aleeza Ahmad was in the playgroup at APS on the day of the attack. The father has approached several official departments in hope of locating Aleeza. After he contacted the provincial government, the police was directed to search for the child and submit a finding as soon as possible.

An official from the counter terrorism department told The Express Tribune that they have received no such report as yet. “If we do receive any such information, we will thoroughly investigate the matter.”

In the chaos which followed the December 16 attack, many reports emerged of children missing from the army school. While several of them were said to have been reunited with their families or found in morgues later, a number of children are still reportedly unaccounted for.

Though Lady Reading Hospital has released several updated lists of those injured and those who have died as a result of the siege, Combined Military Hospital (CMH) has not allowed access to its list of patients and deceased. A majority of the children who died were received by CMH, over 100 by most estimates.

Despite several attempts, military officials have not released the list which has compounded the problem.