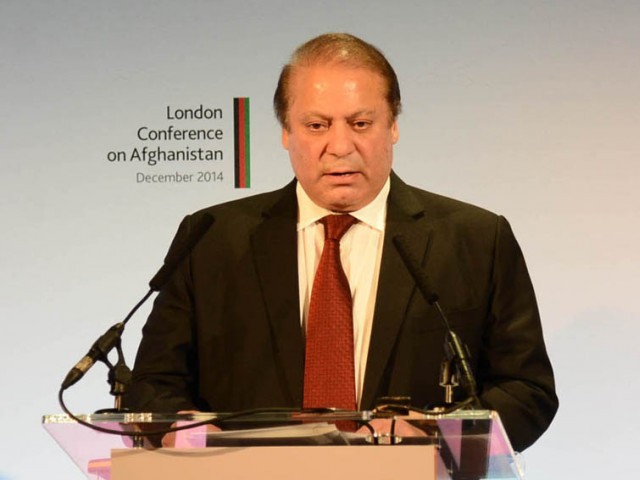 ISLAMABAD: In a major rethink of national priorities following the Peshawar school tragedy, Prime Minister Nawaz Sharif has tasked a committee to work out modalities to divert a chunk of development funds to national security.

The committee, to be led by MNA Hamza Shahbaz Sharif, will submit its report in the first week of January. It includes Minister for Planning and Development Ahsan Iqbal, Chaudhry Saud Majeed from Punjab, MNA Captain (retd) Muhammad Safdar from Khyber-Pakhtunkwa and a few Pakistan Muslim League-Nawaz (PML-N) leaders from Sindh and Balochistan.

Sources said the premier has also asked Finance Minister Ishaq Dar to approach provincial governments and request them to follow the federal government’s policy and review their priorities in their ADPs by making security as the top priority. Dar has made commitment of provision of all the required funds for war on terror, they added.

Sources said Punjab Chief Minister Shahbaz Sharif, Ishaq Dar and Hamza Shahbaz discussed the issue and decided to immediately review the PSDP and the ADPs and to submit to the PM their report – highlighting how much funds they can divert to security and how long they can slow down their development projects.

They said the PML-N leadership has tasked the committee to slow down the pace of work on the projects which were to take three years for their completion. These projects, which will not be released more funds, will now finish in five years.

The development targets, which the party set in the PSDP or in Punjab ADP and were to be met in 2016, might be achieved at the end of 2017 due to war against terrorism.

However, civil and military leadership have agreed not to decelerate the projects which are undertaken with support of China and other countries. These projects include Lahore-Karachi Motorway, Pakistan Economic Corridor as well as energy related projects for which China has made a commitment $46 billion, sources added.

It is pertinent to mention that the size of federal government’s PSDP is Rs525 billion for fiscal year 2014-2015. The total development budget is Rs1.31 trillion including federal PSDP of Rs525 billion and provincial ADP of Rs650 billion.

In the first quarter, the government released Rs53.5 billion from July to September against set target of Rs84.56 billion.

The government is supposed to release 20% of total allocation in the first three months of the fiscal year (July to September), which is estimated at Rs84.56 billion. However, the government disbursed only Rs53.5 billion in the aforesaid period.