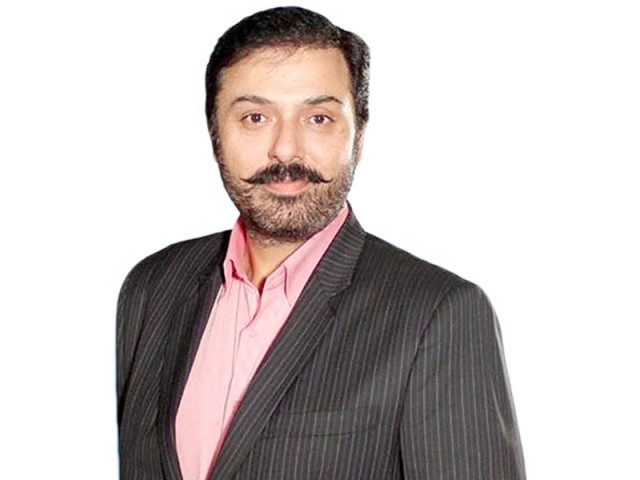 Naumaan Ijaz tells us how he survived the test of time and reasons behind the rift between veterans and present day actors. PHOTO: PUBLICITY

Way back in the 1980s, all he wanted was to become a newscaster for the nine‘o’clock Khabarnama. Chasing his dream, he went to PTV for an audition but director Nusrat Thakur saw a lot more than a news reader in youngster, “That is exactly how I got into PTV,” recalls Naumaan Ijaz, the highly acclaimed Pakistani actor who has created his own empire of memorable roles, range from a charismatic leading man to a vicious villain.

Having been rejected in 1985, then in 1987, he was asked to re-think his career choices. He once said to Thakur sahib, “I don’t know how to act,” but by 1989, his very first stint came on screen, a 50 seconds appearance in a play called Aik Din. After that the much appreciated drama Fishaar came, followed by Pathjar and then STN’s Doorian and Dasht in 1993. After Dasht, there was certainly no looking back for the actor.

In Dasht, the actor confesses he brought to the TV screen, the concept of wearing chaddar and Balochi shalwar (often referred to as a Bugti a shalwar) and going on to become a trend,especially as a sign of masculinity on and off screen.

With a whopping 175 drama serials, Ijaz is could be called a workaholic, “When I work, I work like anything; there are days and nights solely meant for shoots. By day, I am in Karachi and by evening in Lahore, working on various other plays, simultaneously.”

He attributes all that he has learnt to veteran actors he worked with during the hey days of PTV, “There have been times I was scolded on set on numerous occasions for not delivering my lines well. But today’s youngsters, they don’t wish to learn from veteran actors.” With a law degree in hand, Ijaz could have opted for the easy way out but like a true rockstar. He knew that an office job was not his cup of tea. “I always knew that going to libraries for references and to offices for litigation wasn’t my thing. I worship acting. I am too honest with it. Sadly, people in this field are often not. They have made a joke out of it. Thekaydaari nizam hai.”

Lamenting on the fact that a majority of Pakistani directors do not read scripts and actors are void of making a difference out of phonetics, he says, “We have left behind our norms. We were not taught at an academy but got flourished under the guidance of the notable names and we knew how to respect our elders. Young actors today want to be respected instead! With such an attitude how can they expect us to love them back?”

Currently hosting the show Mazaq Raat, he says, “I have paid respect to every individual who has come to my show without any prejudice. On national television, nobody gives respect to the other. The fault lies with us. Have you seen the morning shows lately? The way to conduct a proper show is lost on us! There is no consistency and neither any improvement. That’s the sad state of the affairs these days.”

About Pakistani TV dramas being televised on the Indian TV screen, he says, “Indians are currently enjoying are dramas, but I wonder for how long. Pakistani women on screen are being humiliated. It’s high time we show the issues of women empowerment on the TV.”

As far as cinema is concerned, it still has a long way to go. Ijaz believes that until and unless the corporate sector will not get involved in it and take the initiative, it won’t improve. “Why we lag behind is the fact that the son of those people who once made studios, took all the money and did nothing to upgrade the industry. Hence, we are to be blamed for ruining this industry by our own hands.”

Timely fashion on a time frame