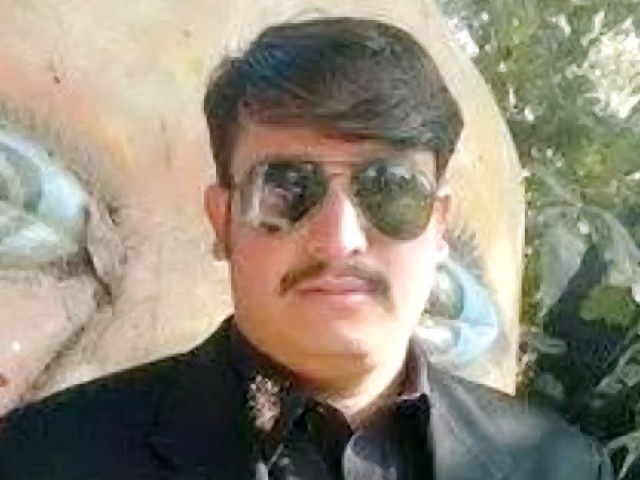 PESHAWAR: A watchman at Army Public School, Muhammad Bilal Awan, 34, leaves behind a three-year-old son Abbas Khan. It was perhaps his fatherly instinct that prompted Bilal, who was on duty fixing pipes in the washroom, to save the life of Muhammad Sarfaraz, a student of grade eight, among others.

“I called Sarfaraz and told him to hide in a room or run away since there was news of an armed assault on the school,” said the eighth grader’s father Riaz Pehalwan. Sarfaraz, along with five other students, took shelter in the restrooms. It was Bilal who forced the children to run towards the gate and accompanied them to a certain distance while showing them the way towards Defence Park.

Pehalwan was relieved to hear from Sarfaraz on the second phone call that he was out of the hellhole and a watchman had aided him in the escape.

Himself a serviceman, Pehalwan rushed to the school which was cordoned off by the military due to the ongoing gunfight. When he saw an ambulance full of bodies leave the premises, he was sure he had imagined the phone calls and that Sarfaraz had not survived. He finally found Sarfaraz and his friends who were escorted by soldiers. Bilal had left the children at the main entrance and returned inside.

Recalling the horrific ordeal of the incident, Bilal’s teary-eyed father Pervaiz Shah told The Express Tribune, “We were told that the school had been attacked. We tried Bilal’s number for hours, but there was no response.” He added an unfamiliar voice answered the phone at last, claiming to be a paramedic at Combined Military Hospital. “The man broke the news that Bilal was no more.” No one could ascertain under what circumstances Bilal met his fate. His funeral in Shaheen Colony was unornamented, in complete contrast to his heroic sacrifice.

A plumber by profession and a resident of Nothia, Bilal was able to secure a watchman’s job at the school with the help of a friend two years ago. “He was my firstborn and the sole breadwinner of his family. I work as a painter at a motorcar workshop and we lead the most frugal lives. Bilal was hardly able to make ends meet working as a plumber and he was overjoyed when he got the job,” said Shah.

Despite the high death toll and the most morbid imagery in the aftermath of the Army Public School attack, numerous incidents of sheer resilience have surfaced in the face of terror. The heroics of teachers standing in the line of fire to protect their students and classmates helping others escape the spraying bullets embody the collective conscience of our people about militants.

Whether anyone remembers the heroics of the watchman or not, the father and son will remain indebted to Bilal forever.

Gone too soon: The boy who dreamt of becoming an ISI operative