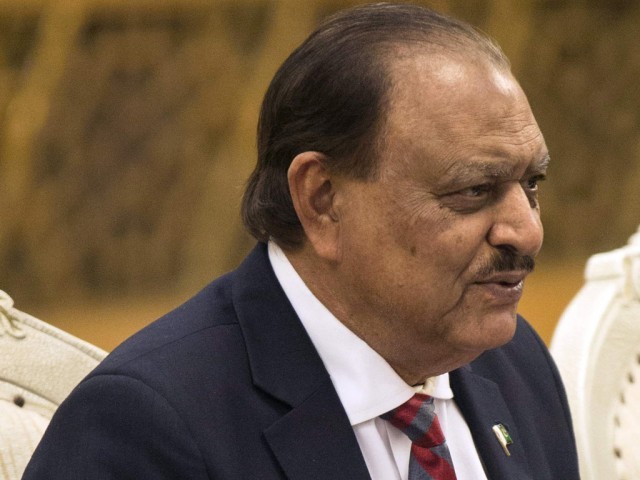 PESHAWAR: President Mamnoon Hussain has reiterated the government’s resolve towards eliminating terrorism from the country and said the whole nation is united against the menace.

The president, while addressing the media during his visit to Peshawar following the Tehreek-e-Taliban Pakistan’s attack on Army Public School, said, “The Peshawar tragedy has united the nation, including those who had a soft soft for terrorists in the past. Even they are now stressing the need for complete elimination of terrorism to make the country safe.”

“Afghan President Ashraf Ghani has pledged he will not allow his soil to be used against Pakistan,” he said, adding, “We both have committed to help each other fight terrorism and eliminate this menace from our soils.”

Further, he said steps are being taken to expedite executions of those on death row following Prime Minister Nawaz Sharif’s decision to lift the ban on death penalty in terrorism cases.