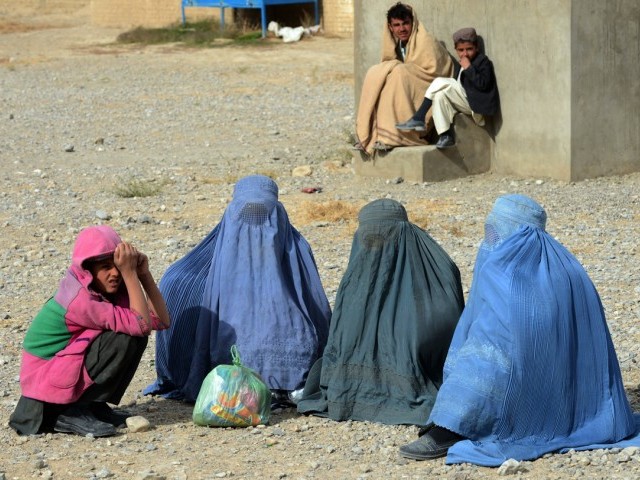 “If presidential elections can be held in Afghanistan, its citizens in Pakistan can also go back home,” said Minister for Information Mushtaq Ahmad Ghani. PHOTO: AFP

The Khyber-Pakhtunkhwa government has decided to expel all Afghan refugees from the province after a month, following an intelligence report that revealed Tehreek-e-Taliban Pakistan’s deadly assault on Army Public School (APS) was controlled by militants in Afghanistan.

Nearly 150 people—more than 130 of them schoolchildren—were brutally slaughtered by members of the banned outfit, according to their claim of responsibility. The militants laid siege to the school for more than seven hours on Tuesday.

The decision to expel all Afghan refugees staying in K-P was taken on Friday in a special meeting of the provincial cabinet chaired by Chief Minister Pervez Khattak. The gathering was called to review the security situation in the province in the aftermath of the December 16 carnage.

“If presidential elections can be held in Afghanistan, its citizens in Pakistan can also go back home,” said Minister for Information Mushtaq Ahmad Ghani while briefing the media after the meeting.

Initially, a policy will be made to expel Afghan refugees from settled areas after a month. Following this, the K-P government will begin to implement the policy, he said.

According to Ghani, the K-P cabinet demanded the federal government review the country’s foreign policy and work to strengthen weaknesses. “Pakistan’s security should be the first priority, there should be no compromise on the matter,” the information minister stated.

When asked about the federal government’s extension of the stay of Afghan refugees till next year, Ghani said it was time to take action and the K-P government will take up the matter with international humanitarian organisations.

Elaborating on other decisions taken at the cabinet meeting, Ghani said after winter vacations, schools across K-P will only open after the school administration obtains no-objection certificates from the respective district administration.

“The police and district administration will visit educational institutions to inspect security arrangements. NoCs will be issued only if the officials are satisfied,” said Ghani. “Weapons licences will be issued to guards deployed at schools.”

“We demand that the federal government make the Federally Administered Tribal Areas a separate province with the consensus of its elders or convert Fata into an administrative unit,” the minister said quoting the cabinet’s demands.

Speaking about the developments in the investigation of APS attack, the information minister said audio recordings of the attackers’ conversation with their handler had been obtained and also shared with the Afghan government. He added other information cannot be shared at the moment.

Meanwhile, IGP Nasir Khan Durrani has directed the police to beef up security at sensitive buildings across the province.

While presiding over a high-level meeting to discuss law and order, the IGP instructed all DIGs to visit jails in the respective jurisdictions and personally inspect security arrangements.

“Access routes to these jails should be closed down and alternate routes should be opened for traffic,” said Durrani. He also ordered a crackdown against anti-social elements.

Furthermore, security across Hazara Division has been heightened and additional police and elite force officials have been deployed at key locations following security threats.

Oh captain, my captain, our captains