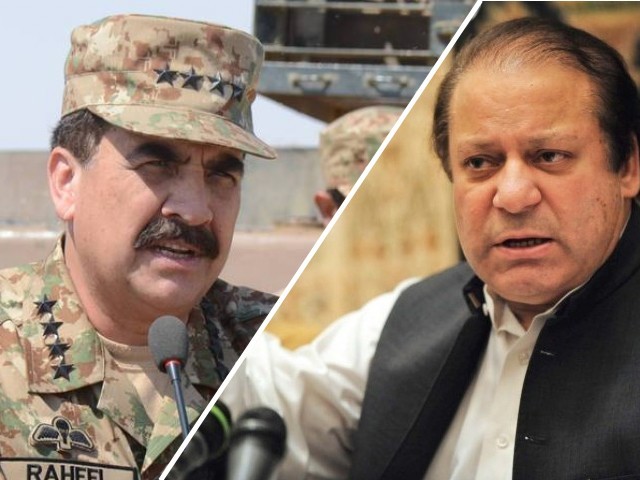 The premier was reportedly briefed about the prevailing internal security situation in the country during his visit.

The military and political leadership came together to chalk out a plan to eliminate terrorists after Tehreek-e-Taliban Pakistan gunmen stormed a school in Peshawar on December 16 and killed 148 people, mostly students, in cold blood.