Keeping up with the pace of time

Keeping up with the pace of time 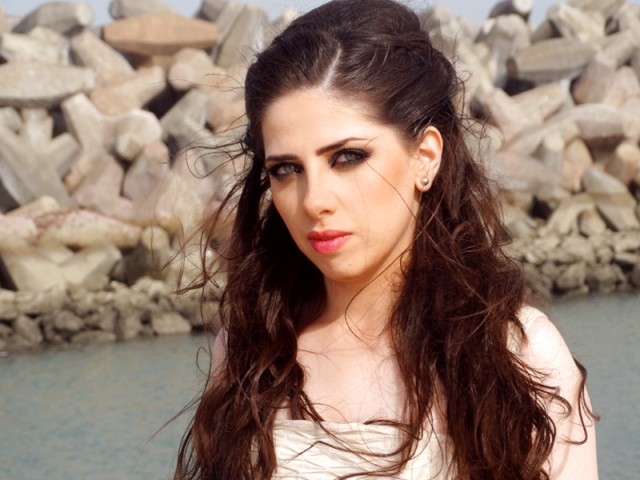 The artist is also a music composer and has been scripting song lyrics alongside singing. PHOTO: PUBLICITY

The last few years have been of a bitter triumph for the Pakistani music industry. Though at a decline, numerous artists are entering the industry — Maha Ali Kazmi being one of them. She has so far released two music videos, Jana Nahin and Nazar.

“I started singing when I was 16 years old and joined an underground band during my O levels,” said the budding artist.

She was passionate about music from an early age, “I was part of an underground band in Karachi but then left to pursue my studies in Melbourne. But the passion for music always remained and I was also part of the campus music choir in my university,” she said.

It was not until last year a friend suggested she audition for the soon to be launched Cornetto Music Icons.

“One of my friends, Raheel Siddiqui told me about Cornetto Music Icons and suggested I audition for the position of backup vocalist at Shahi Hasan’s studio. I then sent an audition tape to Shahi Hasan studio and was selected as the backup vocalist,” Kazmi said as she smiled.

Kazmi terms her experience with Cornetto Music Icons as constructive but not one she actually loved. “Wouldn’t say I enjoyed it a lot but I cherished the opportunity to perform alongside some of the more celebrated musicians of Pakistan such as Rahat Fateh Ali Khan and that experience alone was very valuable for me as a musician,” stated the singer.

Kazmi made her musical debut with the single Nazar which was produced by drummer and music producer Farhad Humayun. She spoke of how she met the Overload drummer, “Farhad was looking for a female vocalist for a project and my friend asked me to send him an audition tape after which he selected me.”

Unfortunately she was unable to start working with the musician (in Pakistan) immediately as she was in Australia but Farhad decided to wait for her.

The singer was full of praise for Farhad saying, “The best thing about working with them (Farhad Humayun & Sheraz Siddiq) was that it was like a vacation. I was working with celebrities and what was brilliant. They constantly kept me in the loop throughout the recording of the song and also took my input at all the stages.”

Kazmi also released the song, Jana Nahin this year which she terms as a more “personal song” because it marks her first attempt at not only composing music but also at writing lyrics.

“I’ve been writing songs since I was 16 but I was doing that in English but then I started songs in Urdu. For that I read a lot of Urdu poetry as well and have now fallen in love with the idea of writing songs in the language,” remarked Kazmi.

The singer hopes to release an album very soon and is also gearing up for the release of another audio single.