“We are extrem­ely sadden­ed, but our resolv­e has taken new height,” says army chief
By APP
Published: December 17, 2014
Tweet Email 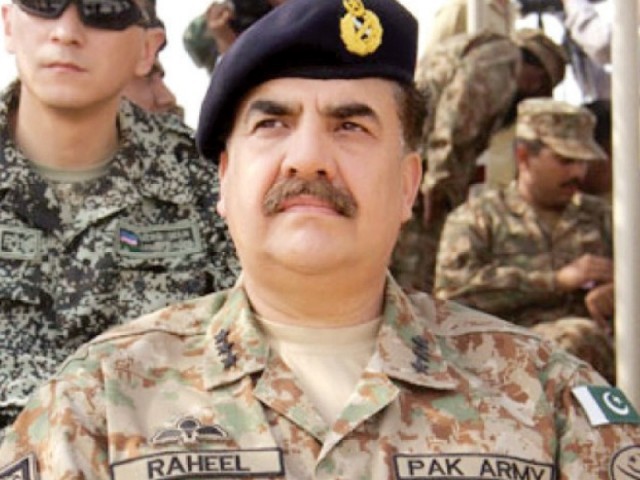 Chief of Army Staff (COAS) General Raheel Sharif on Tuesday said the terrorist attack on innocent students in Peshawar showed that the terrorists were not only enemies of Pakistan but enemies of the humanity too.

“This ghastly act of cowardice of killing innocents clearly indicates they are not only enemies of Pakistan but enemies of humanity,” he said. According to the army’s media wing, Inter-Services Public Relations (ISPR), General Raheel also stated that “We are extremely saddened, but our resolve has taken new height,” and added “We will continue to go after the inhuman beasts, their facilitators till their final elimination.”

The army chief further said they [terrorists] had hit at the heart of the great nation, but they could not in any way diminish its will. He also said that based on actionable intelligence, several options had been put into action, including 10 air strikes in Khyber Agency.

Most victims are below 20