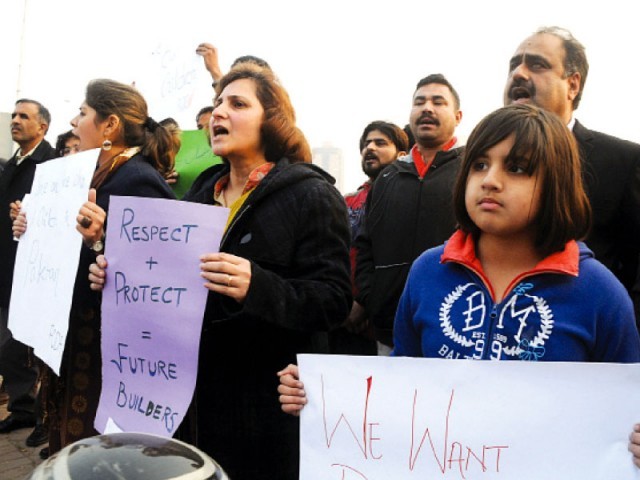 The civil society activists on Tuesday staged a protest demonstration in front of the National Press Club to condemn the Peshawar school attack.

The protesters asked the government to prepare a clear policy against terrorism.

The protesters also held a candlelight vigil later in the evening.

“It’s a sad, dark and suffocating day in Pakistan. This is an irreparable loss,” said Samar Minallah, a human right activist.

Meanwhile, the Federal Directorate of Education (FDE) has announced to observe one-minute silence at all schools and colleges in the capital today (Wednesday).