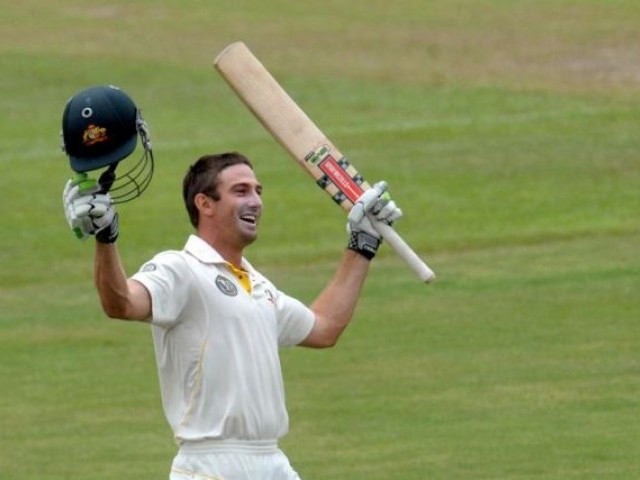 The siblings join a small band of brothers to have worn the baggy green cap in the same match. PHOTO: AFP

BRISBANE: Joining a select group that was last represented more than a decade ago, two brothers will play alongside each other in the same Australia Test side after Shaun and Mitchell Marsh were named to face India in Brisbane on Wednesday.

The siblings join a small band of brothers to have worn the baggy green cap in the same match. It’s a family tradition that dates right back to the first ever Test, between Australia and England in 1877 when Dave and Ned Gregory played together.

The most recent brothers to play a Test for Australia were Steve and Mark Waugh, who played the last of their 108 Tests together in 2002. The most famous were the Chappell brothers, Ian and Greg. They played 43 Tests together in the 1970s and both captained Australia.

Despite their shared bloodlines, Shaun and Mitchell are very different players. Shaun, the elder sibling, is a left-handed top order batsman with two centuries to his credit, while Mitchell is a right-handed all-rounder, a powerful middle-order batsman and seam bowler.

“Even though Mitchell might be little taller than me, I can still boss around him a little bit,” Shaun told reporters on the eve of the second Test of the four-match series. “We’re looking forward to it and it’s going to be a lot of fun.”

Australia lead the series 1-0 after securing a thrilling 48-run victory in Adelaide on Saturday.

Dhoni has no fears of Gabba’s pacy pitch

MS Dhoni said yesterday he is unconcerned by India’s losing record at the Gabba and backed his team to do well on fast wickets today.

Wicketkeeper Dhoni will return from injury to lead the tourists in today’s Test after recovering from a fractured thumb.

“Yes, if you talk about stats, India haven’t won in five Tests, but India have won Test matches on the fastest wickets, whether it’s Johannesburg, Durban or Perth,” said Dhoni, who has never played a Test in Brisbane.

“It’s a new challenge for the young fellows and they will learn a lot and hopefully stand up and perform.”