Pak v NZ: After sharing trophies, there may finally be a verdict

Pak v NZ: After sharing trophies, there may finally be a verdict 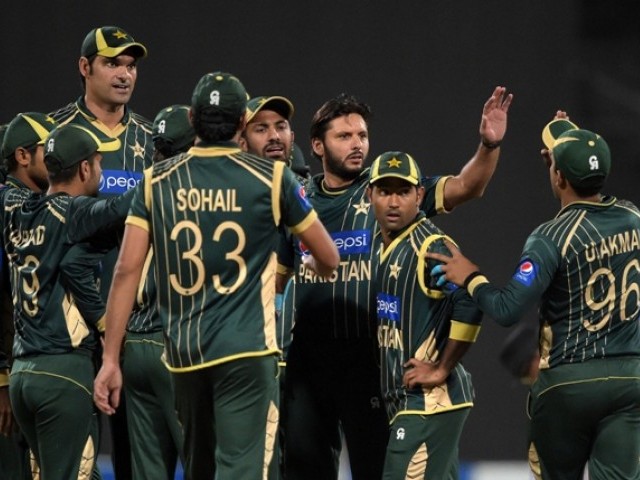 BRIMMING WITH CONFIDENCE: Afridi, leading in the absence of Misbah, believes a happy ending is within reach after playing good cricket for the past three months. PHOTO: AFP

ABU DHABI: Stand-in captain Shahid Afridi is hoping Pakistan can maintain their winning momentum and seal the series against New Zealand in the fourth ODI in Abu Dhabi on Wednesday.

Pakistan lead the five-match series 2-1 after winning the first match in Dubai and the third in Sharjah. New Zealand won the second game, also played in Sharjah.

Afridi, leading the side in the absence of Misbahul Haq, who injured his hamstring and was ruled out of the last three games, said he wanted a strong finish from his side. “The team has been playing here for the last three months and has played good cricket so it should be a happy ending after the Test and T20 trophies were shared,” said Afridi yesterday.

Despite Pakistan being forced to send paceman Umar Gul and all-rounder Bilawal Bhatti home after both suffered injuries, Afridi remains confident, and credited the team management for Pakistan’s big 147-run win in the third match on Friday.

“I have not done any wonders,” said Afridi, who scored a rapid 26-ball 55 and took three wickets in the last match. “I will give all the credit to the management; they have created a good atmosphere in the dressing room, and all those players who used to have a fear of failure, [are more relaxed now] because the management has put full confidence in the players.”

Former skipper Rashid Latif has urged the team management to use the remaining two matches of the series to find their best batting combination.

“I believe the team management needs to give chances to Haris Sohail and Umar Akmal to bat at third and fourth,” Latif told The Express Tribune.

“The likes of Muhammad Hafeez and Ahmed Shehzad are in good form so we can afford to make changes in the batting order and make Haris and Umar utilise the new ball by scoring quickly.”

Latif, who has played 37 Tests for Pakistan, stated that currently bowling was a bigger worry for Pakistan ahead of the 2015 World Cup, and the issue needed to be sorted out quickly.

With Gul, Bhatti, Junaid Khan, Ehsan Adil all nursing injuries, Latif believes Muhammad Irfan, who recently recovered from an injury, should be rested in the fourth ODI.

Our spirits are still high: Guptill

New Zealand opener Martin Guptill said his team will look to bounce back once again.

“Our spirits are still high. We have a chance to come back and win 3-2. So, there is still a lot of excitement in the camp at the moment. We have two more games to go out and prove that we can do it and we know we can do it,” said Guptill, who described New Zealand’s reply of 217 to Pakistan’s 364-7 in Sharjah as disappointing.

“We just didn’t get things right. We didn’t have a platform to launch from like Pakistan did. That’s the key in chasing big totals.”