Balochistan to soon become a land of peace: Gen Raheel

Balochistan to soon become a land of peace: Gen Raheel 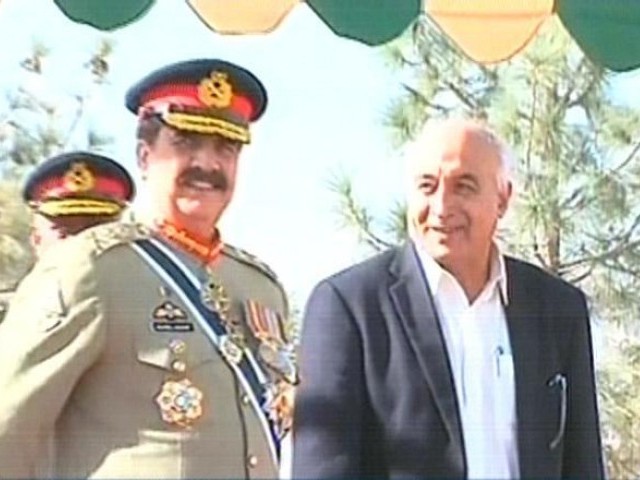 QUETTA: Chief of Army Staff (COAS) General Raheel Sharif has said a handful of elements spreading hatred and terrorism in Balochistan would be defeated completely and the province would soon become a land of peace, Radio Pakistan reported.

Addressing the passing out parade of Balochistan recruits in Quetta on Tuesday, Sharif said Pakistan’s future is linked with the development of Balochistan and it is a matter of satisfaction that the people of Balochistan have rejected all the anti-state elements.

He said the armed forces of Pakistan are a symbol of national integrity and keeping in view this fact, thousands of youths of Balochistan have been inducted into the army as officers and soldiers.

The army chief said the incumbent Balochistan government has been taking all the possible measures for development of the province, and the Pakistan Army has been fully supporting it in all the fields including law and order.

“The Pakistan army is assisting the police and other law enforcement agencies with capacity building,” the army chief said, while addressing a passing out parade in Quetta.

Thanking Balochistan Chief Minister Abdul Malik Baloch for being a part of the occasion, the army chief congratulated the cadets on their passing out.

“This day is not only memorable for you, but it is also memorable for Pakistan. It is an important day for the nation,” Raheel said.

He also said the Pakistan Army would recruit Baloch youth, adding, “I am sure the youth of Balochistan will not fall behind.”

“The progress of Balochistan is a priority for all of us, and Pakistan’s future is linked with the Balochistan’s progress,” the army chief said.

“It [Balochistan] will become an example of peace and prosperity.”