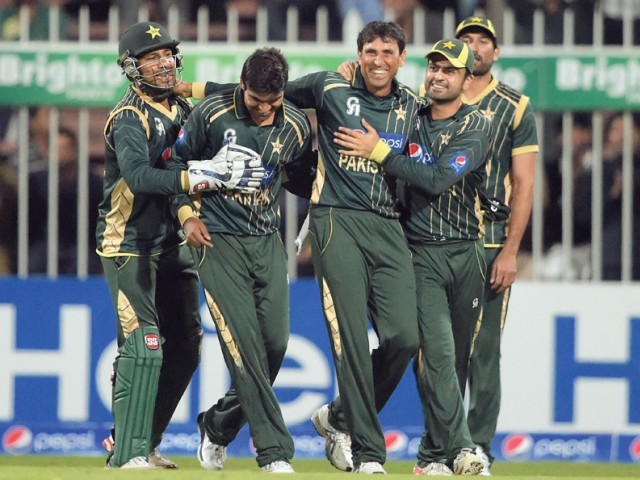 Pakistan, being led by stand-in captain Shahid Afridi, inflicted a 147-run defeat on New Zealand in the third ODI of the five-match series in Sharjah.

Afridi won the toss and elected to bat first surprisingly for all the spectators as the dew factor was supposed to kick in during the second innings.

Man-of-the-match Ahmed Shehzad (113) justified his decision and scored his sixth ODI century for Pakistan off 120 balls.

“I have been hitting the ball throughout but the finishing touch was missing,” said Shehzad of his performance. “But I worked on my weak areas and it produced good results.”

Afridi promoted himself to number five in the order and smashed six boundaries and three sixes to score 55 off 26 balls to help his team post a total of 364-7.

“Our strength is aggression,” said Afridi. “The only way of defence should be aggression. Everyone imbibed that. We were in a good position, so I came up the order to take advantage of the batting powerplay.”

In their chase, New Zealand were stunned by Muhammad Irfan’s two quick wickets in the second and sixth over for 21 runs, after which the Kiwis never came back in the match, although Kane Williamson (46) produced two near 50-run partnerships with Ross Taylor (31) and Tom Latham (34).