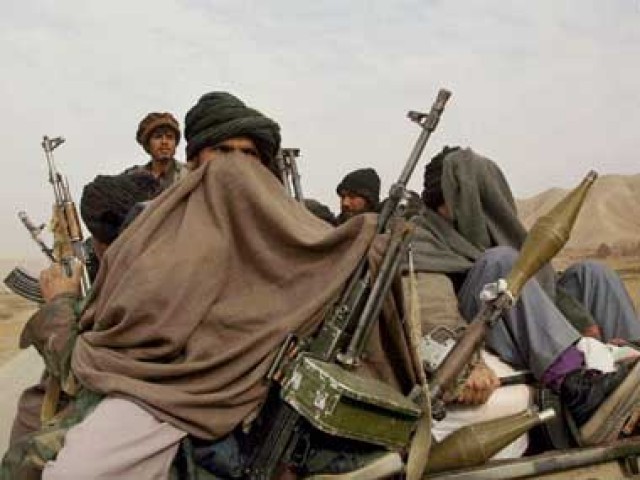 A Pakistan official, who wished not to be identified, dismissed the perception that Pakistani security apparatus enjoyed the level of influence that it once had over the Afghan Taliban. PHOTO: REUTERS

ISLAMABAD: Afghanistan has asked Pakistan to play a more ‘visible’ role in persuading the Afghan Taliban to come to the negotiation table in a move suggesting that Kabul continues to believe that Islamabad still holds the key for an elusive peace deal.

The change of government in Kabul, after a decade of rule by former president Hamid Karzai, is seen as a new beginning for both neighbours to move away from an acrimonious relationship of mistrust to one built on mutual cooperation.

But that cooperation appears to be hinged on Pakistan’s role in brokering a deal between Afghanistan and insurgents.

The Afghan president during his recent visit to Islamabad sought Pakistan’s help in bringing the Afghan Taliban to the negotiating table.

His request for help stems from the widely held perception that Pakistan’s security establishment, because of its historic ties with the Taliban, can still push insurgents to make peace with the Ghani administration.

“There is a strong perception in Afghanistan that Pakistan’s security establishment still controls the Taliban, despite denial by Pakistan,” commented a western diplomat, who is engaged with both Islamabad and Kabul.

“I think reality lies between the two extremes,” the diplomat added saying that clear Pakistan support for peace talks in Afghanistan backed by practical steps could go a long away in addressing the longstanding misgivings between the two neighbours.

Despite the recent flurry of diplomatic initiatives aimed at generating a better appreciation of Pakistan’s limited influence in Afghanistan and its willingness to facilitate the peace process, western diplomats continue to hold the view that fears of a possible ‘proxy war’ between Pakistan and India in post-2014 Afghanistan might compel authorities in Islamabad to keep their options open.

Islamabad has publicly insisted that it cannot lead the peace process in Afghanistan and has repeatedly said that it is ready to play the role of a facilitator. A senior Pakistani official contended that the country was doing whatever it could to help facilitate an Afghan-led and Afghan-owned peace process.

The official, who wished not to be identified, also dismissed the perception that Pakistani security apparatus enjoyed the level of influence that it once had over the Afghan Taliban.

The ongoing military offensive in North Waziristan Agency, where fighters from the deadliest Afghan insurgent network – the Haqqanis – have also been targeted in a ‘clear manifestation of our policy to act against all groups without any discrimination,’ the official argued.

Army Chief General Raheel Sharif during his two-week long trip to the United States earlier this month, tried to convince his American interlocutors that Pakistan had no favorites in Afghanistan.