Journey to Xingjian: ‘Muslims in China free to practice religion’

Journey to Xingjian: ‘Muslims in China free to practice religion’ 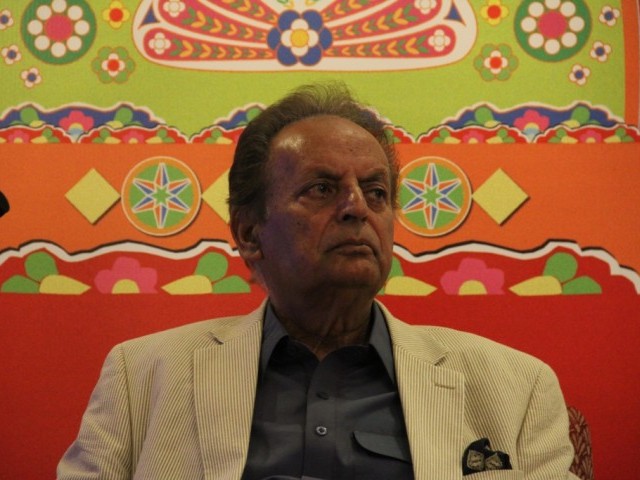 Turpan, 150 kilometres from Urumqi, has no Hans Chinese population but it is inherently divided among one Muslim Uyghur tribe, which is not held in high regard by the rest of the population. PHOTO: Express/Athar Khan

LAHORE: “The perception that Muslims in China are not free to practice their religion is incorrect. They are free to pray at mosques although they are not allowed to take time off from work for this. I came across a few people fasting although slacking off at work because of it is not an option,” writer Mustansar Hussain Tarar said on Thursday.

He was speaking as guest lecturer of the month at Faiz Ghar about his recent trip to the Chinese province of Xingjian.

He has also written a travelogue Safarnama Xingjian – Chinese Turkestan. The book is in being translated from Urdu into English.

He travelled in Urumqi, Kaxgar and Turpan divisions in Xingjian. The population in these areas is predominantly Muslim, known as Uyghur.

Tarar said there were some misconceptions about the politics and social situation of the province.

He said the Chinese government had encouraged Hans Chinese to come and settle in the province. He said he had found it curious that while international dialling was allowed from all over China, international numbers could not be dialled from Urumqi.

Tarar described the divide between Uyghur Muslims and the Han Chinese as a wall between the two. He said the two populations did not mix socially or inter-marry. While the Han Chinese side has clubs, discos and a more open culture, the Uyghur side is different.“Meat was readily available there… its aroma was in the air. The dresses change even though people there are also extremely rich,” he said. Tarar said Uyghurs were extremely proud of their culture and the Hans Chinese were ‘scared’ of them. He also came across a number of Pakistani families in the area claiming Chinese nationality. He said some students studying in the Xingjian Medical University did not wish to return to Pakistan. In Urumqi, he found a significant Pakistani presence.

Turpan, 150 kilometres from Urumqi, has no Hans Chinese population but it is inherently divided among one Muslim Uyghur tribe, which is not held in high regard by the rest of the population.

The reason Tarar cited for this was that the tribe had a lifestyle that did not practice religion until their 60s. Most of them were successful and rich, he said. In Yarkant, he said, he came across artwork of local farmers that they exhibited and sold at high prices. “It is difficult to imagine Pakistani farmers taking interest in art. Culture there is very different from ours,” he said.