Amid Afghanistan transition, US reaffirms continued security assistance for Pakistan

Amid Afghanistan transition, US reaffirms continued security assistance for Pakistan 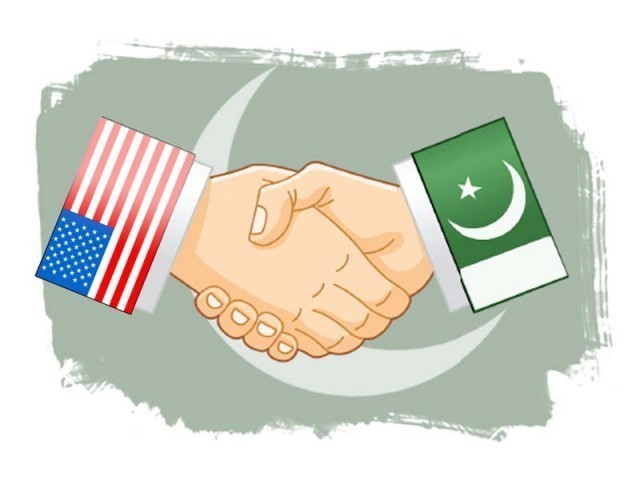 WASHINGTON: As Nato forces transition out of Afghanistan, and a military operation continues along the Durand Line in Pakistan, the US on Wednesday briefed Pakistan about the evolving role of its troops over the next year and agreed to continue providing Pakistan’s counter-terrorism and counterinsurgency requirements.

In a joint statement issued at the end of the 23rd meeting of the US-Pakistan Defense Consultative Group (DCG) in Washington from December 9-10, the two sides affirmed that bilateral cooperation was essential for promoting regional peace and stability and defeating al Qaeda and other terrorist elements in the region.

The DCG, a working group under the Strategic Dialogue framework, is a forum for exchanging views and coordinating defense policy with the goal of strengthening cooperation to support both countries’ security interests. The Pakistan side had been represented by Defence secretary Lt Gen Alam Khattak, while the US side had been represented by US Under Secretary of Defense for Policy Christine Wormuth.

During the plenary session, the delegations affirmed the significance of the ongoing military operation in North Waziristan. The US side noted that the operation has disrupted militants.

Both delegations reviewed the current trajectory of US-Pakistan relationship and concluded that it should continue. They reaffirmed their mutual commitment to a strong defense relationship.

The Pakistani delegation provided an update on its military campaign along its border with Afghanistan.

The US side briefed the Pakistani delegation on the security transition in Afghanistan, including US plans for training, advising, and assisting Afghan national security forces over the next year. Both sides expressed appreciation for the efforts by their respective militaries to improve operational coordination, and deep appreciation for the sacrifices of all military personnel and civilians.

They reviewed challenges facing regional security, and shared views regarding the importance of regional peace and stability.

Recognising the enduring security requirements on both sides of the Pakistan­-Afghanistan border, the two delegations agreed to continue providing Pakistan’s counter-terrorism and counterinsurgency requirements which will inform the provision of security assistance. In view of this, the two sides also discussed the importance of evolving a mechanism to reimburse Pakistan for operational expenses once the Coalition Support Funds expire at the end of fiscal year 2015.

The DCG had last met in November 2013 in Washington.

Balochistan: In a big province, an even bigger push to fix a schooling crisis