Of valour: Women commandos to join ranks of K-P police

Of valour: Women commandos to join ranks of K-P police 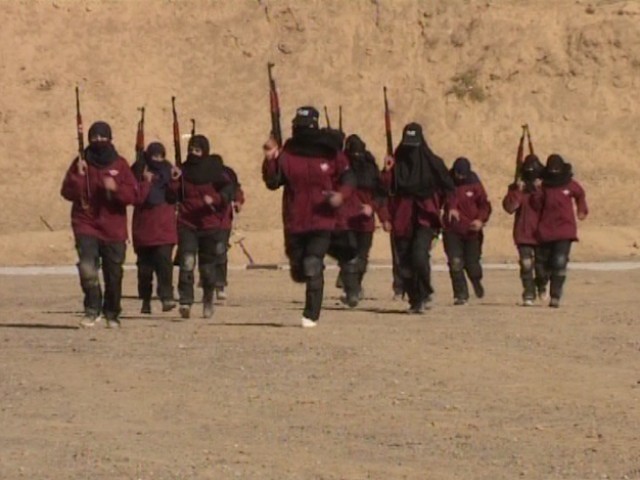 Elite Force Commandant Sajid Mohmand said the need for women commandoes was felt after the Sikandar saga in Islamabad a few months back. PHOTO: EXPRESS

PESHAWAR: To strengthen its counter-terrorism and elite police forces, the Khyber-Pakhtunkhwa (K-P) government has decided to add reinforcements to K-P police—women commandos.

Around 35 commandoes are in training at Nowshera police training centre. The task is being carried out under the directives of IGP Nasir Durrani who feels there is a need for female commandos to curb militancy in a province under attack by unconventional warfare.

“Some 35 commandos have volunteered to join the group which will undergo a five-month training programme, a regimen at par with what male elite force commandos endure,” Nowshera training centre commandant Momin Baig told The Express Tribune. Baig said after the training, the special soldiers will be well-versed with the use of sophisticated weapons.

He added more women will be recruited as commandoes once the first batch joins forces on ground.

One of the 35 in training, Musarrat Bibi said she is proud to join the elite squad and will prove that the women of K-P are as courageous as the men. “I am happy to be among the first batch of women getting trained; I really wanted to join the group.” She added, “I want the world to know that women in K-P are capable of not only becoming commandos but also fighting terrorism.”

Elite Force Commandant Sajid Mohmand said the need for women commandoes was felt after the Sikandar saga in Islamabad a few
months back.