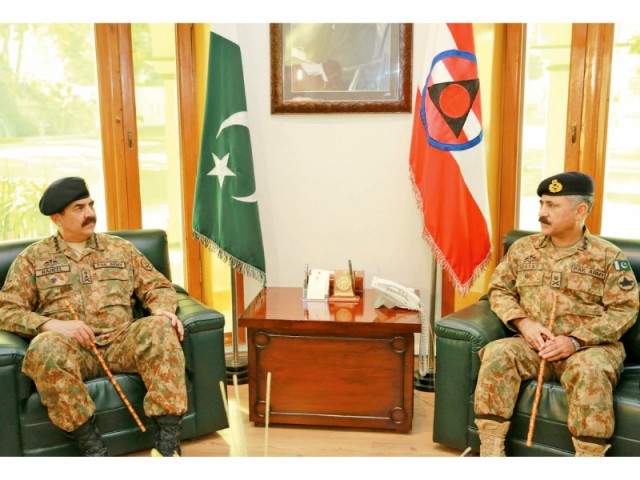 He said this during a visit to the Corps Headquarters in Peshawar. The army chief was briefed on the return strategy for TDPs from North Waziristan Agency, where the army is carrying Operation Zarb-e-Azb to purge the region of militants. Appreciating the planning process for TDPs’ rehabilitation, he directed all officials concerned to start preparations for the return phase.

During his day-long stay, the army chief also reviewed the progress achieved so far in operations Zarb-e-Azb and Khyber-I. He was also briefed on the next phases of the ongoing operations.

Gen Raheel expressed his satisfaction on the progress of the operations and achievements made so far, a statement issued by the army’s media wing, Inter-Services Public Relations (ISPR), said. He also appreciated the spirit and commitment of troops in sustaining the operations, the statement added.

The army chief lauded the sacrifices rendered by officers and soldiers while conducting the operations against militancy in the tribal regions and said that they have “written new chapters of valour and commitment.”