Banking on the future: Child malnutrition a serious problem for Pakistan, says expert

Banking on the future: Child malnutrition a serious problem for Pakistan, says expert 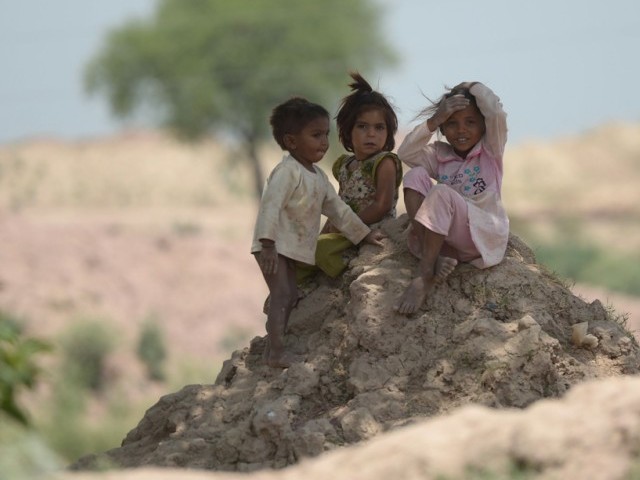 Children in Pakistan are considered the most important part of the economy as they account for 45 per cent of the country’s total population. PHOTO: AFP

ISLAMABAD: Malnourishment in children is a serious problem for Pakistan with long-term consequences for the country’s economy.

Children in Pakistan are considered the most important part of the economy as they account for 45 per cent of the country’s total population.

Gordon said two-thirds of Pakistan’s poor children live in squalid conditions and one-fourth lacked access to toilet. Around 25 per cent of children under five were food deprived, while 16 per cent under five were not fully immunised.

Prof Syed Nawab Haider Naqvi, the founder president PSDE, began the proceedings by highlighting Iqbal’s two points in which the poet emphasised on ‘engaging in dialogue to argue with reason and agreeing to disagree if reconciliation is not possible.’

Gordon stressed that child poverty was linked with economic growth and despite being a burning issue, it was rarely discussed.

Iqbal was a great philosopher and in a famous letter to Jinnah, set out his ideas on Muslim poverty and how Islamic laws could be used to end this poverty but required a separate state, said Gordon.  “Children account for 45 per cent of the country’s total population but account for 100 per cent of Pakistan’s future,” he said.

Gordon also found that most of the world’s children lived in Asia, especially South Asia, while the majority of underweight children lived in Pakistan which suggests malnutrition of children was a severe problem for Pakistan.

The chance of dying in developing countries, where roughly 80 per cent of the world’s population lives, is most likely for individuals of a young age, said Gordon, adding that according to the WHO, poverty is the core reason for these deaths.

He said it is in the interest of countries’ long run growth prospects to invest in children and the youth.

The conference was held by the Pakistan Society of Development Economists (PSDE) at the Pak-China Friendship Centre.