Shahra­m Khan Taraka­i says he has only been invite­d once to speak on stage.
By Baseer Qalandar
Published: December 2, 2014
Tweet Email 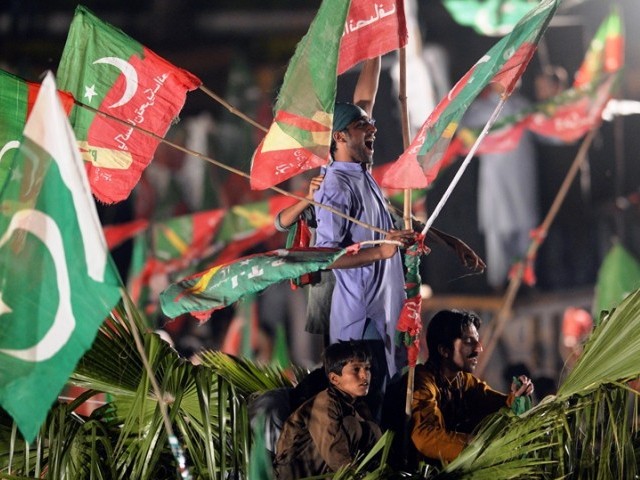 The AJIP chief said he has no personal grudge with the PTI leadership but would stand by his party workers if they decided to part ways with the PTI. PHOTO: AFP

PESHAWAR: Awami Jamhoori Ittehad Pakistan (AJIP) Chairman Shahram Khan Tarakai on Monday said the party has registered its protest with the leadership of Pakistan Tehreek-e-Insaf (PTI) for ignoring the former’s workers and leadership at sit-ins against the federal government.

Chief of the AJIP, which is a coalition partner of the PTI in the provincial government, told The Express Tribune thousands of AJIP workers had been participating in PTI’s dharnas since the day they started on August 14. He also claimed one of the party’s activists, Arab Ali, had lost his life in the clash that took place between law-enforcement personnel and protesters on November 30.

However, Tarakai maintained the PTI was ignoring AJIP’s leaders and workers. “Since the dharnas began, I have only once been invited on the stage to address the protesters and represent the AJIP.”

Tarakai said they held a meeting of the party’s core committee on Monday in which all members unanimously decided to inform PTI Chairperson Imran Khan they would part ways if their sacrifices were not acknowledged.

The AJIP chief said he has no personal grudge with the PTI leadership but would stand by his party workers if they decided to part ways with the PTI.