Power generation: A trash-y economy is the future

Power generation: A trash-y economy is the future 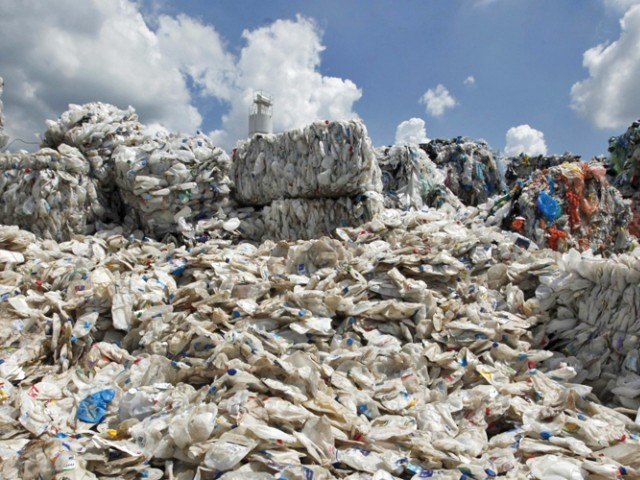 KARACHI: China Aviation Planning and Construction Development (CAPD) is ready to invest in the Waste To Energy (WTE) project of the Lahore Waste Management Company (LWMC) by installing a plant at Lakhodair, according to a report published in newspapers. The attractive idea is timely on the backdrop of the prevailing energy crisis.

However, the idea seems to be on the backdrop, like previous such endeavours. In a bid to find means for cheap power generation, the Sindh Board of Investment (SBI) recently arranged a presentation from a Swiss firm, EAWC Technologies, which offered generation of electricity from the management of waste.

Producing energy from waste without burning, this technology has potential to produce more power from the same amount of fuel. This is done through plasma convertors, through which steam turbines generate electricity, also providing purified water for areas suffering from salinization.

EAWC CEO Ralph Hafmeier, in a meeting with the LWMC, proposed a plant capable of producing 1 megawatt of electricity, with a further potential to increase the capacity to 100MW in the future. Meanwhile, LWMC MD Waseem Ajmal Chaudhary said that plasma technology helps treat hazardous waste, especially when it comes to medical waste. He further said that the plant setup is a quick process if the government of Punjab approves it.

In the present scenario, this technology may help in bringing some relief to the country. Pakistan faces electricity shortage as the main hurdle for its economic development, and the best way to answer this challenge is to utilise the waste for power generation. The facilities can be for variable sizes like 10MW (small towns) or 3000MW (cities like Karachi).

India is also working upon a proposal to generate electricity by recycling the municipal solid waste and has identified around eight hectares of land in for the development of a landfill site. The proposal has been included in the project report for the plant currently being finalised by the authorities. The authority has invited expressions of interest from consultants for setting up the plant – which would generate around 12MW. Apart from generating electricity, the authority has also proposed to produce compost from the bio-degradable waste collected at the site.

In Karachi, a pilot project costing $5 million to produce 486 metres cubic feet of bio-gas and 25 kilowatts of electricity per day from cow dung was commissioned in the Landhi Cattle Colony in August 2008. A British company, HiRAD Technology, had installed this plant as a pilot project. The formal inauguration ceremony of the project was to be held after the successful results of the commissioning. But nobody knows what happened to the project.

It is said that one man’s trash is another man’s treasure. Unfortunately, this statement is more reality than idiom for a large number of people in Karachi, living in shanty slums and forced to find their daily ration in city dumps. Significant valuable resources are created from processing the trash. For example, daily output of processing 1000 tons of waste at a large municipality could be produce a hefty amount of electricity, many gallons of drinking water and millions of  cubic feet of hydrogen gas for sustainable power generation.

According to Muhammad Abdul Rahman, a researcher at the Sustainable Development Policy Institute, recycling is not done countrywide on permanent basis. The sector is mainly involved in this business informally. Modern machinery and mechanism for recycling is not available, and each year the economy is losing a fair amount of potential revenue. A study conducted in Lahore on recycling business reveals that it is fruitful. According to a study, only 21.2% of the solid waste collected from the city is being recycled, which is roughly generating revenue amounting to Rs271 million. It is a remunerating business and scavengers (waste collectors) and the junk-shoppers gain a profit of 15% and 14% respectively.

“Recycling has not yet been given the status of an industry,” said Rahman. “However, it can generate revenue of more than Rs530 million in only Lahore.”

It may be mentioned here that trash disposal became a major industry with the growth of suburbs and the institution of federal antipollution laws in the 1960s, which prohibited burning trash in the backyard of any locality. Environmental laws also mandated safe disposal of industrial wastes. Large metropolitan centres organised trash collection using a fleet of city-owned trash trucks to collect and recycle. Many companies have a revenue model solely based on waste management and recycling.

Sweden last year imported around 850,000 tons of burnable waste, and was paid to do so. In all, it incinerated 5.5 million tons. Sweden is not the only EU country importing trash. Germany, Belgium and the Netherlands are in the list as well. Germany is the biggest in actual amounts, but as a share of rubbish burnt, Sweden is the leading importer. Oslo, a recycling-friendly place where roughly half the city and most of its schools are heated by burning garbage — household trash, industrial waste, even toxic waste from hospitals— has a problem: it has literally run out of garbage to burn.

Unfortunately, over here, garbage is only partially processed, whether produced by industry, households and agriculture. Often seen as unnecessary materials that must be disposed of, waste can instead become a highly recoverable raw material. Keeping in view that a large number of European countries are successfully converting garbage into electricity and there is an acute shortage of trash in those countries, we may even think of earning a huge foreign exchange by exporting waste, which is otherwise adversely affecting our environment.