Writer Shanda­na Minhas talks about her readin­gs, her writin­gs, and of the friend­s she doesn’t have.
Published: November 29, 2014
Tweet Email 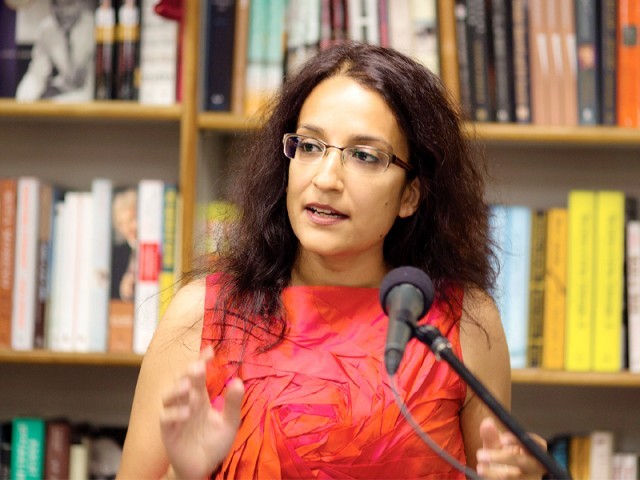 Shandana’s first novel was shortlisted for the Commonwealth Writers’ Prize in 2008. Her second book was published in October 2014. Her fiction has appeared in the Indian Quarterly and been adapted for stage and screen. She was a writer-in-residence at the University of Iowa’s International Writing Program in 2013. Shandana is currently working on another novel, and a short story collection.

What is your writing process like? Do you write a draft and send it off to your editor? Do you show it to friends?

For my fiction, the physical act of writing is just a small part of the ‘process’. As I have noted elsewhere, before it comes the trinity of experience, observation and stillness. The actual writing begins in longhand. That is then typed. Excise and graft are constant. When I think I need an objective opinion it goes to my first reader, my husband, who is also a writer. If it survives his demanding eye it will be polished further and submitted to my agent. I am lucky to have an agent who is also an experienced editor. In the early days I would share my writing with friends. Eventually I learnt that is a waste of both my time and theirs. Also, I don’t have any friends. One of the friends I don’t have still hasn’t read stuff I sent her in 2010.

Your book, Tunnel Vision, was directed to an adult audience while Survival Tips for Lunatics is for a younger audience. Which did you enjoy more and why?

I’d say Survival Tips for Lunatics (STFL) is not just for a younger audience, but also for any adult still in touch with their inner child. I wrote it with and for my sons, over their summer vacations. When it was finished, one of them took the manuscript into the bathroom with him. I rushed to the door when I heard a commotion, then realised he was laughing so hard he’d practically fallen off the pot. Yes … I enjoyed writing STFL much more than I enjoyed writing Tunnel Vision. Some stories pass through you like an oil slick, leaving a residue that can take years to shake off. STFL was the opposite. In a way it restored my innocence, and reminded me of the pleasure my craft can give me at a time I needed to be reminded.

Many different kinds of people become novelists. However, can we say there is a single character-trait shared by them all (apart from the fact that they like to write)?

There are as many kinds of writers as there are birds. And I wouldn’t comment on a bird’s character either.

What do you like to read? Can you name some of your favourite books?

What I like to read depends on what I’m reading for. Entertainment? Escape? Edification? Things that don’t begin with E? This cannot be a comprehensive answer, but writers I come back to again and again because their work reveals something new about life, craft or humanity each time I read it, include Graham Greene, Alice Munro, John Irving, Terry Pratchett and John Le Carre. Recently I have been immersed in — and loved — the writing of Isak Dinesen, Jeanette Winterson, Ursula Le Guin and Joan Didion.

One line in particular, from Didion’s preface to Slouching Towards Bethlehem, comes to mind when doing self-promotional exercises like these, “…one last thing to remember: writers are always selling somebody out”.

Blood in the time of cholera