35 seminary girls on their way home

35 seminary girls on their way home 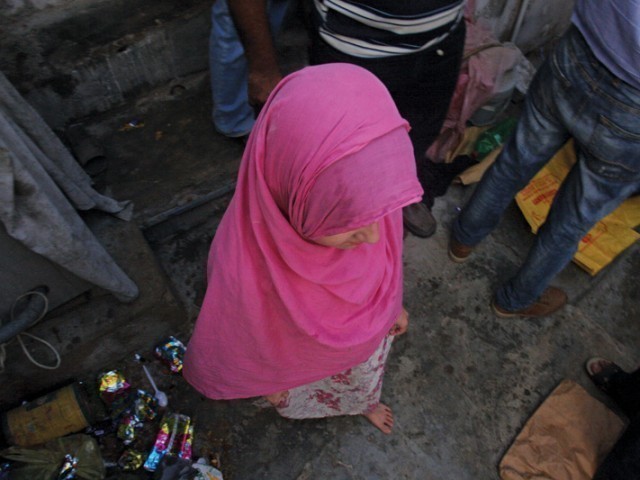 The girls were taken into custody by the provincial government and were kept at a shelter home of the Sindh Social Welfare Department. PHOTO: ATHAR KHAN/EXPRESS

The Sindh government handed over 35 seminary students to the assistant political agent (ASA) of Bajaur Agency on Friday after all legal formalities were completed.

The police recovered 26 girls from a house in Liaquatabad on Wednesday morning and after subsequent raids at the madrassa and another house in Korangi, found 10 more girls, less than 24 hours later. One of the girls, who was from Bahawalpur, was sent home with her parents on Thursday.

The girls were taken into custody by the provincial government and were kept at a shelter home of the Sindh Social Welfare Department. Since the girls were from Bajaur Agency, the governor of Khyber-Pakhtunkhwa sent the agency’s ASA Fayaz Sherpao to collect them.

On Friday evening, the Sindh government handed the girls over to Sherpao after a press conference at the shelter home. Pakistan Peoples Party MPA Rubina Qaimkhani was there along with a former MNA from Bajaur, Akhunzada Chattan, the former deputy speaker of the National Assembly, Faisal Karim Kundi and a former MNA from Peshawar, Noor Alam Khan.

“The parents of the girls are in contact with us and are asking when their daughters will come home,” said Sherpao. adding that they had custody of the 35 girls and had submitted an application for getting a C-130 airplane to take them back. If they couldn’t get that, he added, they would take the girls back via regular flights.

On Friday, the court accepted the bail plea of three suspects, including a woman accused of keeping 36 young girls in her house illegally.