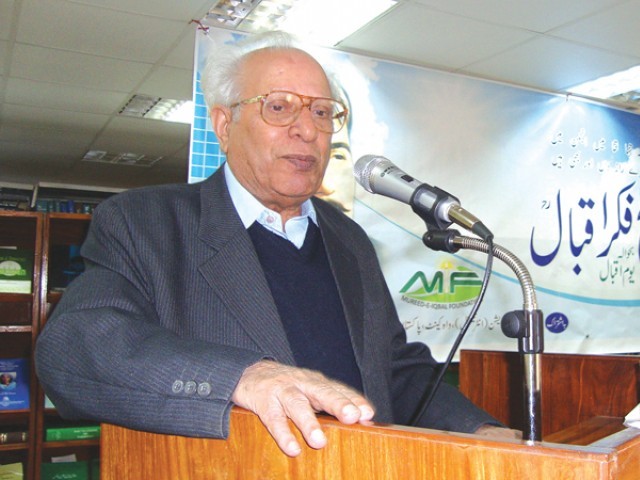 Extremism and bigotry had no place in Allama Iqbal’s philosophy as he wanted Muslims to be moderate, peaceful and enlightened.

This was said by scholar and intellectual Prof Fateh Mohammad Malik while speaking at a lecture on “Tarweej-e-Fikr-i-Iqbal” (promotion of Iqbal’s philosophy), organized by the National Institute of Historical and Cultural Research at Quaid-i-Azam University, Islamabad in collaboration with the Mureed-i-Iqbal Foundation.

He said that Pakistan could achieve distinction in political, economical, social and religious spheres if it followed the thought and philosophy of the great poet, he said.

Prof Malik said Iqbal had wished to see a system free of discrimination in the name of caste, creed or religion. “Iqbal was a real advocate of the divine and eternal message of Islam,” he said.

Responding to a question, he said Iqbal’s message
had great relevance for scholars.