An unabated look at the Great War

An unabated look at the Great War 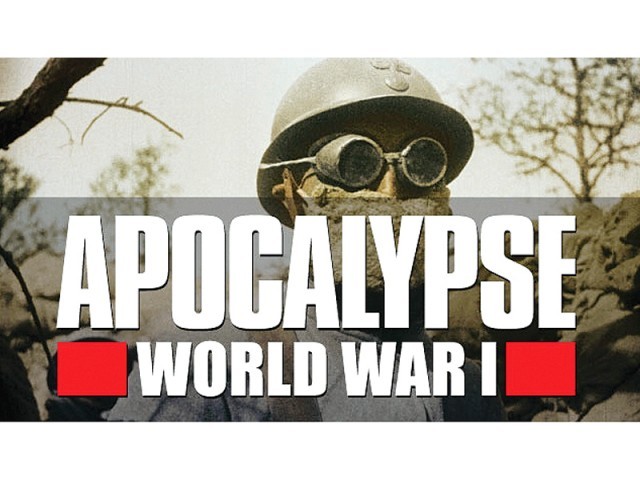 The documentary, directed by the French filmmakers Isabelle Clarke and Daniel Costelle, has been produced using over 500 hours of archival footage. PHOTO: FILE

KARACHI: Film has been a critical medium in reminding audiences of the harrowing consequences of war for the global community. As August 2014 marked 100 years since the outbreak of World War I, the world harks back at what was one of the most baleful crises in the history of modern warfare.

Commemorating the global war and the events that led up to it, Alliance Française de Karachi has organised the screening of a five-part series of documentaries, Apocalypse World War I, from November 25 till November 27.

“It’s important to preserve and document memories of our predecessors and Apocalypse World War I does just that,” says Jean-Francois Chenin, the director of Alliance Française Karachi. “The purpose of the event is not only to educate the youth about world history, but also to commemorate it and remind people of the details of the war,” he adds.

The first day of the event screened the first two episodes of the documentary, titled Fury and Fear. The first episode explored the chain of events that catalysed the war, most notably the assassination of Archduke Franz Ferdinand of Austria by the Bosnian Serb Danilo Ilić. Fury also narrates the antagonisation of Germany towards France, Germany’s invasion of Belgium and arrival at the gates of Paris, France by September 1914 to expedite its victory. The second episode, Fear, centralises the Battle of Marnes between German and French forces and how it culminated in victory for the Allies or The Entente Powers. It also highlights factors that caused the war to become global due to the soldiers from the colonies helping colonisers on the battlefield.

The documentary, which has been directed by French filmmakers Isabelle Clarke and Daniel Costelle, has been produced using over 500 hours of archival footage that have been colorised. Narrated by Francois Arnaud, the documentary has been aided by numerous letters, diaries and books that underline the experiences of men and women during the war. It also showcases how the brutalities of the war translated into nothing less than apocalypse.

The event saw a considerable turnout, with audience members lauding the organisation’s efforts towards screening informative documentaries. “This is a good attempt by Alliance Francaise to get the new generation acquainted with history,” comments Zahid Latif, an educator.