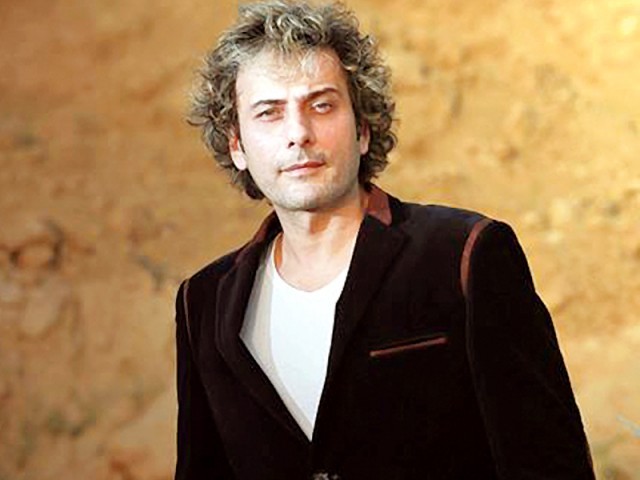 Terrorism has become such a deep-rooted issue in Pakistan that drama can either offer audiences relief from or make them confront the ongoing cauldron in the country. One of its most harrowing consequences has been the stereotypes it has engendered, especially those pertaining to the Pashtun identity. Dispelling this typecasting, actor-director-writer-model Azeem Sajjad’s Pashto drama serial Za Pakhtoon Yum (I am Pakhtoon) attempts to rebuild this marred perception.

“It is through such dramas that we will be successful in creating a positive image of Pashtuns around the world,” Sajjad tells The Express Tribune about the show, Pakistan’s first HD Pashto drama serial, according to its official website. “Drama is a vibrant medium through which we can make people understand the problems at hand,” he adds. With the tagline ‘Hanging between terror, freedom and peace,’ the show is a step towards promoting peace in Pakistan.

Sajjad has written the script of and plays the lead in the serial, which has been produced by Taseeq Haider and Irshad Ali Khan under the banner of Black Box Sounds. The serial’s title song Janan, written and directed by Sajjad, has been performed by the young singer Shaan Khan and its music has been provided by Sarmad Ghafoor.

Sajjad plays the role of a police superintendent in the serial. Of his character, he says, “I have penned the role while keeping in mind [police officers] Shaheed Sifwat Ghayur and Shaheed Malik Saad, who lost their lives in the war [on terror].” He comments, “Za Pakhtoon Yum is a mega production, which has introduced technologies and versatility to the sphere of private production of Pashto dramas.” Za Pakhtoon Yum is Sajjad’s critique of the “intruders who have come to the land of the Pashtuns and imposed their will on them,” and offers a look into “the real sense of Islam.” He shares that the show has been a raving success among Pashtuns and that the team has even received letters from some police officers, who wrote that they would serve their duties more efficiently. “This was the best reward ever for me,” he states.

According to him, the show is an effort towards encouraging more productions of this nature. The vision behind the project was to salvage the youth, especially those in tribal areas, from the perils of conservatism.

He is currently gearing up for the release of the telefilm 8969, which he has directed and also features in. The shooting for the film has been completed and it is slated to be released in the beginning of next year. A thriller, 8969 stars notable actors, such as Saba Qamar, Hussain Tiwana and Sadaf Hamid.

Hailing from Nowshera, Khyber-Pakhtunkhwa, Sajjad has been part of the entertainment industry since 1986. He began his career in acting with the Urdu drama Baat Choti Si from PTV Peshawar centre, and stint as a director with the drama serial Thori Si Zindagi. Among Pashtun audiences, his claim to fame was the Pashto drama titled Jurum aw Saza. Other famous Pashto dramas he is known for include Khoboona and Tora Karkha.

He is also credited with helming the first private drama production from Peshawar Thori Si Zindagi (1999 to 2000), which centralised AIDS patients. His more recent works as writer and director include Urdu drama Rishtay and Shikwa Na Shikayat and Ek Kasak Baqi Hai. Since 2001, he resides in Lahore.

Dharna with a climax