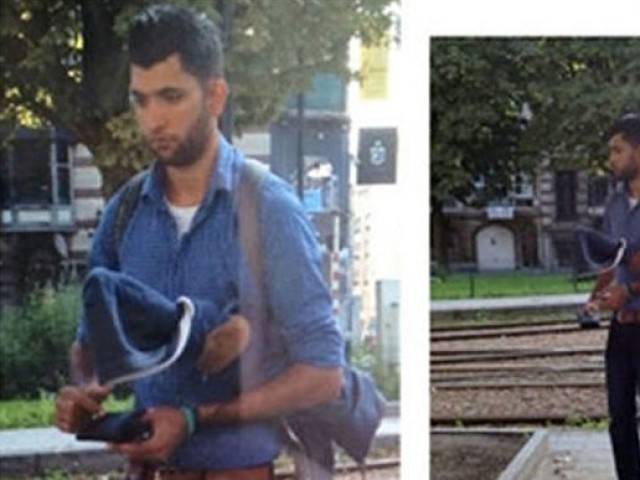 A 22-year-old Pakistani man and his family have lost their right to live in Belgium after he was termed a terrorist for carrying a cricket bat on public transport, The Telegraph reported.

Assim Abassi, a cricket player from Pakistan, made newspaper headlines, warning that an “anti-Semitic” killer was on the loose in Brussels. The newspapers also published Abassi’s photographs carrying what looked like a rifle but was actually his cricket bat.

Soon after spotting himself in the media, Abbasi contacted the police clarifying that he was not armed and was only carrying his cricket bat while on his way for a practice session.

“I wrapped my bat in my sweatshirt because it was raining and if it is wet I can’t play the ball properly,” he said.

Despite contacting the police, the family of seven has lost its right to live in Belgium after the Pakistani embassy in Brussels sacked his father, a diplomat, for damaging Pakistan’s reputation.

“We got a call from the embassy saying give us your passports,” his father said.

“We’ve lost the privilege of living in Belgium. I’ve lost my education. I’ve lost everything.”

The Belgian police have been criticised for failing to apologise to the cricket player and local MPs have taken up his case. However, the Pakistani embassy has refused to comment.

Meanwhile, Foreign Office spokesperson Tasneem Aslam clarified his father was not sacked and it was a routine transfer matter.

“Muhammad Tufail Abbasi, stenotypist in the commercial section in the Embassy of Pakistan, Brussels, has been transferred back to the headquarters by the Ministry of Commerce on completion of his four year tenure,” the Foreign Office statement said.