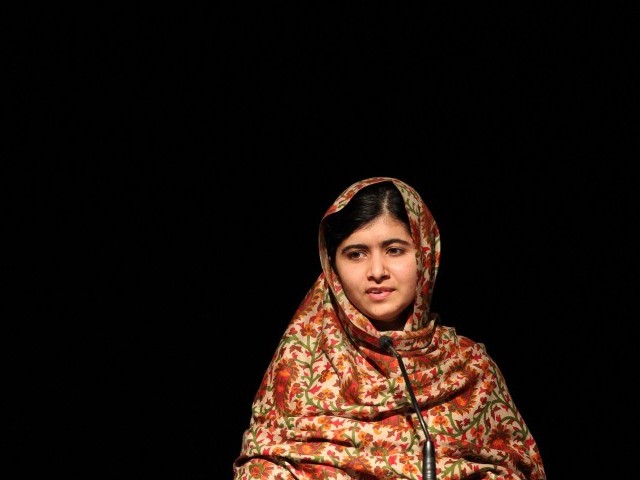 PESHAWAR: Education campaigner Malala Yousafzai, the youngest-ever Nobel Peace Prize winner, urged children in Pakistan on Tuesday to stand up for their right to go to school.

Malala survived a Taliban assassination attempt two years ago and has gone on to champion children’s rights.

The 17-year-old now lives with her family in Britain, where she went for treatment after militants shot her in the head.

Speaking via video link, she addressed a thousand schoolchildren at a special event to celebrate her Nobel prize held in Peshawar.

“The nation should help children getting their rights instead of being a hurdle in their struggle.”

Malala also called for greater respect for women in what is a deeply patriarchal society.

“In a country where a female has served as prime minister, where women are serving as doctors and engineers, we should look towards them as role models,” she said.

While Malala has been hailed around the world for standing up for girls’ rights to education, the response to her in the country has not been completely positive, with some painting her as a “Western agent” on a mission to shame her country.

Earlier this month an association of private schools in Pakistan held an “I am not Malala” day, condemning the young Nobel laureate for what it called her support for controversial novelist Salman Rushdie.

Tuseday’s event was organised by the Rahid Shaheed Foundation, a charity organisation founded after the only son of former provincial information minister Mian Iftikhar Hussain was gunned down by militants.

Hussain lashed out at the current provincial government, led by Imran Khan’s Pakistan Tehreek-e-Insaaf, for not organising any event to mark Malala’s Nobel achievement.

“The KPK government did not hold any event to mark achievement of Malala because they have sympathies for terrorists, because terrorists are standing behind them and they don’t want to upset the terrorists”, he said.