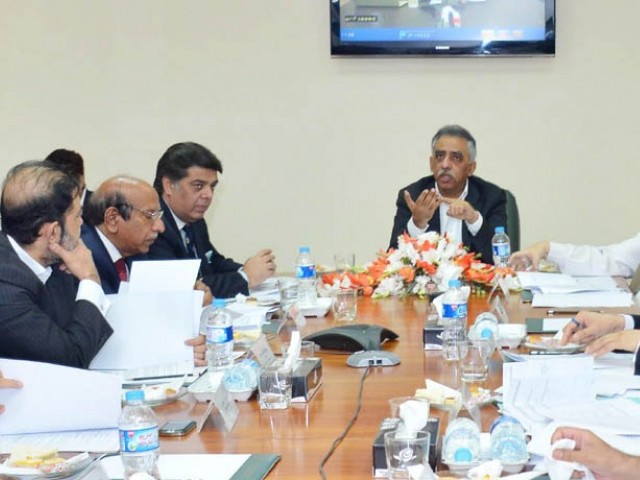 The board that met under the chairmanship of PC Chairman Mohammad Zubair approved to hire Elixir Securities, MCB Bank and AKD Securities as FAs for the ABL transaction. PHOTO: PID

The Privatisation Commission (PC) board has approved a consortium of financial advisers (FAs) to sell the government’s remaining 10% stakes in Allied Bank Limited (ABL) through a Secondary Public Offering aimed at raising about Rs13 billion for budget financing.

The board that met under the chairmanship of PC Chairman Mohammad Zubair approved to hire Elixir Securities, MCB Bank and AKD Securities as FAs for the ABL transaction.

The approval was given on the basis of evaluations of technical and financial bids. The board approved to initiate contract negotiations with the consortium, according to the commission.

However, the PC board decided to seek fresh technical and financial bids from the already shortlisted parties for hiring FAs to sell 42.5% government’s stakes in Habib Bank Limited (HBL).

The government is aiming to complete the ABL transaction by next month, said officials. They added that on the basis of current market cap on the share price of ABL, the government is expecting to generate Rs12-13 billion from the sale of its 10% stake. In 1991, the first government of the PML-N had sold 51% shares of ABL at Rs971.6 million.

The transaction will be a test for the government to revive the confidence of investors that was shattered by the recent Oil and Gas Development Company (OGDC) debacle. The investors subscribed to only 52% of the offered shares of OGDC, forcing the government to scrap the deal.

Elixir Securities is said to be amongst the top three brokerage firms in Pakistan in terms of client trading volumes and handles the largest chunk of the total annual foreign portfolio investment in Pakistan’s equity market.  Elixir became successful for the second time, as earlier in the United Bank Limited (UBL) transaction it was also the FA in a consortium that included Credit Suisse and Arif Habib Limited.

Hiring FAs for selling 42.5% stakes in HBL was also on the agenda of the PC board. As a result of the evaluation of technical and financial bids, the consortium led by KASB Securities obtained maximum scores, according to PC officials. However, the board had to cancel the bids after State Bank of Pakistan placed moratorium on KASB for not fulfilling minimum capital requirements.

The board decided that it will not issue fresh Expression of Interests for HBL and instead would ask the already interested parties to submit fresh technical and financial bids. The consortium of Citi Bank, Credit Suisse and Arif Habib obtained second highest scores. The government is expecting a minimum $1.2 billion from the sale of HBL shares through Global Depository Receipts. From 2003 to 2007, the Musharraf government sold 58.5% shares at Rs34.6 billion in two transactions.

The PC has already decided to hire the second lowest consortium for carrying out the National Power Construction Corporation (NPCC) transaction after cancelling deal with the KASB-led consortium. The new consortium of FAs hired for the NPCC comprises of United Bank Limited, MCB Bank, KPMG and HMCO, according to the PC officials.