Khyber-I: ‘Govt responsible for security of militants who surrendered’

Khyber-I: ‘Govt responsible for security of militants who surrendered’ 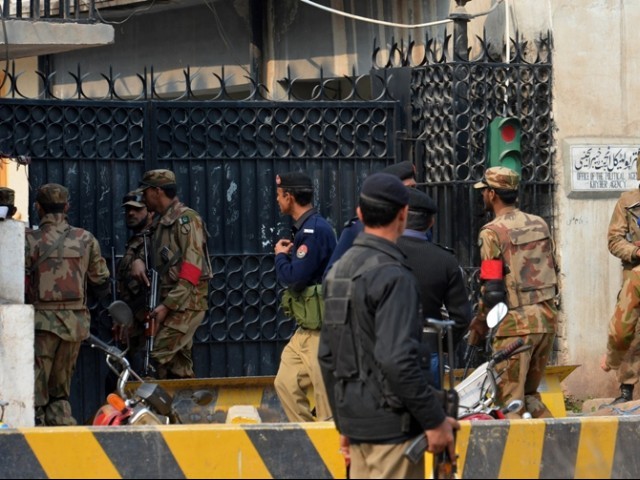 Khyber Agency Political Agent Shahab Ali Shah said on Monday the security of militants who surrendered during Operation Khyber-I is the government’s responsibility.

While addressing a news conference at Khyber House, Shah said the government would provide security to militants and members of banned outfits who surrendered. He refrained from elaborating any further, saying the issue came under the security forces’ purview.

When questioned about the very same militants patrolling Shalobar, Sipah and Qamber Khel areas of Bara tehsil again, Shah said, “Nothing of the sort is happening and soon the entire agency will be cleared of militants and banned outfits.”

Speaking about the facilities in place for people displaced from Bara, Shah said four facilitation points have been established for them; one each in Orakzai Agency and Pishtakhara, Peshawar for Aka Khel IDPs, one in Sam Ghakhay and one in Jamrud tehsil in Khyber Agency for Bar Qambar Khel IDPs.

“IDPs are given free transport to the camps from the facilitation points as well as cooked food, first aid units, and their children are vaccinated,” said Shah. He said two main IDP camps have been designated for the agency’s displaced people, one in Togh Sarai, Hangu and one in Jalozai, Nowshera.

According to the political agent, a total of 65,000 displaced people have been registered and for the first time a computerised grievance redressal cell has been established so that tribesman can send their feedback and complaints directly to the political agent via phone or internet. Seven complaint redressal points have also been set up, including four in Peshawar, two in Nowshera and one in Kohat.