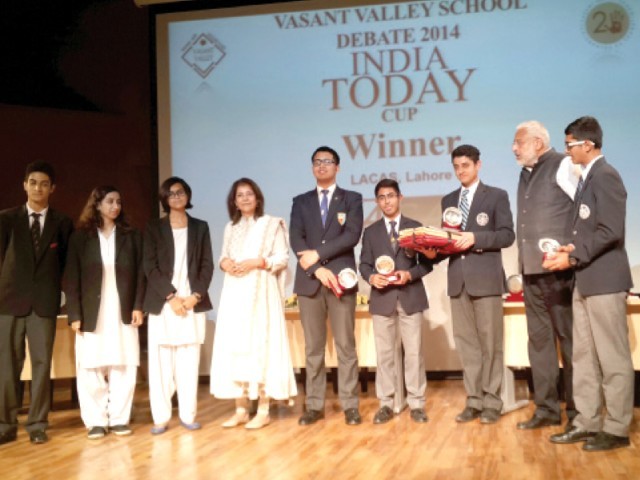 Winners are seen with the organisers.

The Lahore College of Arts and Sciences (LACAS) announced on Friday that its Advanced Level (A Level) debating team had won the India Today Cup 2014 for the third consecutive time.

The cup is an international parliamentary debating tournament according to a statement issued on Friday.

The tournament had been organised by the Vasant Valley School Delhi.  This year’s tournament was especially significant as it marked the institution’s silver jubilee anniversary.  Twenty international and Indian teams participated in the tournament. Rabia Bokhari, Salam Shah and Symrun Aslam represented the the Lahore College of Arts and Sciences at the tournament.