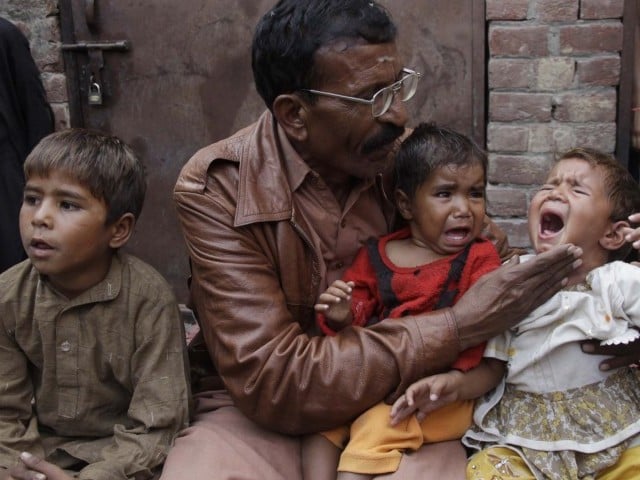 ROME: A top Vatican official has described the lynching of a Christian couple in Pakistan as a humiliation for all of humanity.

Cardinal Jean-Louis Tauran, the chair of the Roman Catholic church’s council for interfaith dialogue, said he had been profoundly shocked by accounts of the horrific death of Shehzad Masih and Shama Bibi.

“How can we remain impassive before such crimes, justified in the name of religion?,” Tauran said on Vatican Radio, urging Muslim leaders in Pakistan to vigorously condemn the killings.

“It is all of humanity that is humiliated,” he said, adding: “The first victims are in fact Muslims because these misdeeds give an image of Islam that is terrible.”

On November 4, an enraged mob beat a Christian man and his pregnant wife to death and then burnt their bodies in the brick kiln where they worked for allegedly desecrating the Holy Quran.

The premier, who is chairing a cabinet meeting in Islamabad, said the culprits will be brought to book. Federal ministers attending the meeting also condemned the attack.

While in Lahore, CM Shahbaz met the inspector general Punjab and other law enforcement agencies officials and reiterated that strict action will be taken against the perpetrators.