It raises to 64 the number of death senten­ces carrie­d out in the kingdo­m in 2014
By AFP
Published: November 5, 2014
Tweet Email 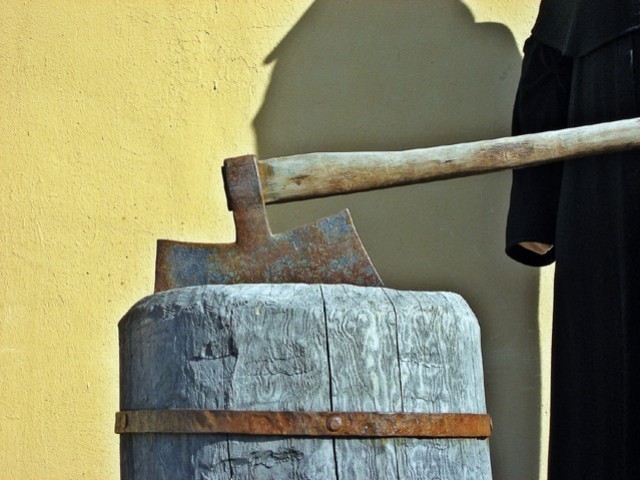 The beheading on Wednesday raises to 64 the number of death sentences carried out in the kingdom in 2014. PHOTO: STOCK IMAGE

Saudi Arabia beheaded a Pakistani on Wednesday for trafficking heroin hidden in his stomach into the kingdom, the interior ministry said, the latest in dozens of executions this year.

Mohammed Sadiq Hanif was arrested during his attempt to smuggle “a large amount” of heroin, the ministry said in a statement carried by the official SPA news agency.

The government “is keen on combating narcotics due to their great harm to individuals and the society,” the interior ministry said.

The beheading Wednesday in the eastern town of Khubar raises to 64 the number of death sentences carried out in the kingdom this year, despite international concern.

A United Nations independent expert called in September for an immediate moratorium on the death penalty in Saudi Arabia.

Christof Heyns, the UN special rapporteur on extrajudicial, summary or arbitrary executions, said trials “are by all accounts grossly unfair” and defendants are often not allowed a lawyer.