Soon after the bomb attack, securi­ty forces commen­ced a search operat­ion in the area
By Our Correspondent
Published: November 1, 2014
Tweet Email 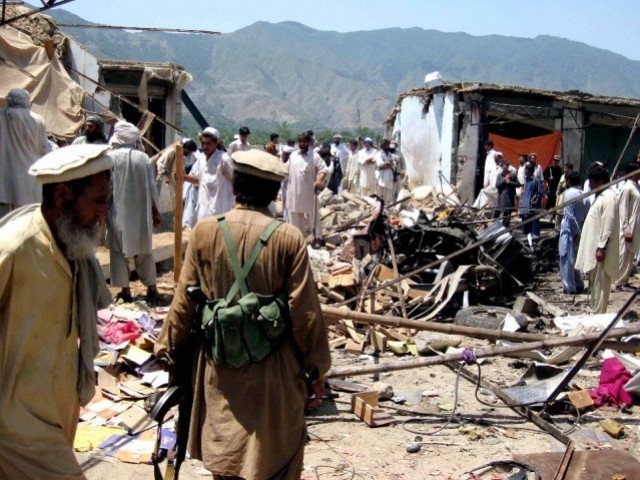 A file photo of a blast in Bajaur Agency. PHOYO: AFP

PESHAWAR: A soldier of Bajaur Levies forces was killed and another injured in a bomb attack in the Mamoond area of Bajaur Agency in the early hours of Saturday.

The officials at Khar, Bajaur Agency headquarters, informed that personnel of levies forces were on routine patrolling Qamar Sar of Tehsil Mamoond when an Improvised Explosive Devise (IED) exploded.

Soon after the bomb attack, security forces commenced a search operation in the area. Tribal sources said between 20 to 25 local people have been detained so far under what the officials claimed were territorial responsibilities.

The sources added that arrests under territorial responsibilities have caused wide range unrest among the tribesmen.