Earlie­r, a ten-month-old girl lost her life, while around one dozen others were wounde­d
By Our Correspondent
Published: November 1, 2014
Tweet Email 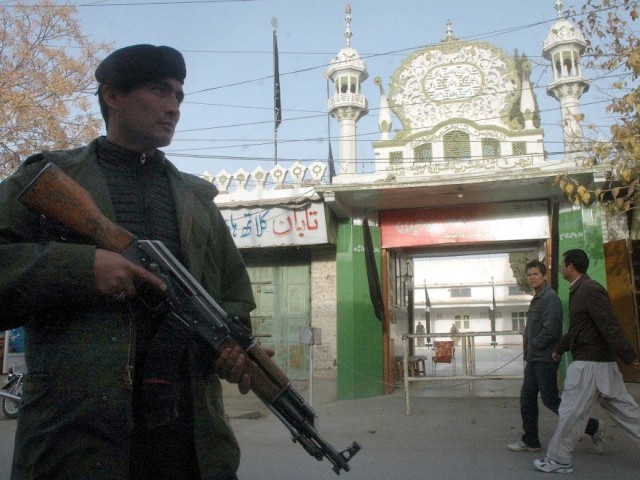 Earlier, a ten-month-old girl lost her life, while around one dozen others were wounded in two consecutive blasts outside the Imambargahs in Ayesha Manzil and Gulistan-e-Jauhar. This time, the suspects riding on a motorcycle hurled a hand grenade at a police mobile stationed at the Gulshan-e-Iqbal flyover for the security of Madinatul Ilm Imambargah near NIPA Chowrangi, said District East SSP Pir Muhammad Shah. Two policemen, Jamshed and Aslam Bhatti, were injured in the attack while the police mobile was also damaged due to the explosion.

The injured cops were moved to Jinnah Hospital for medical treatment.