We need to improve our storylines: Sania Saeed

We need to improve our storylines: Sania Saeed

Actor talks about her upcomi­ng film Mae Manto and what the Indian audien­ce means for Pakist­ani drama .
By Our Correspondent
Published: October 31, 2014
Tweet Email 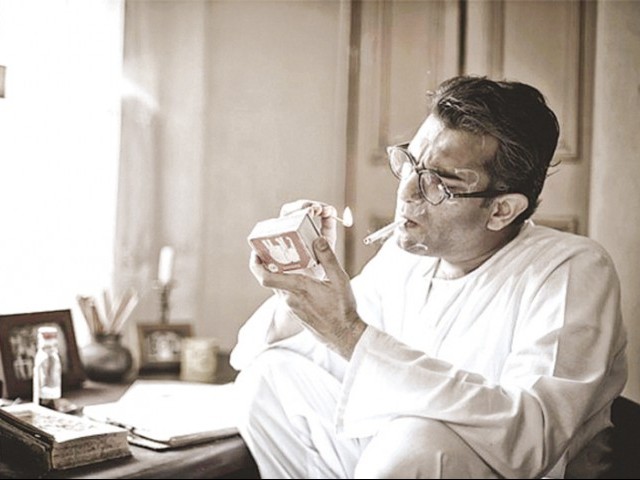 The film is being directed by Sarmad Khoosat, who will also depict Manto. STOCK IMAGE

Sania Saeed is among a crop of actors who have stood the test of time. PTV archives brim with her glorious performances, which continued till broadcast television was privatised in Pakistan. Even today, she manages to deliver riveting performances from time to time.

She shares a familial connection with theatre, as her father, the late Mansoor Saeed, founded one of the most influential theatre troupes of his time, Dastak. Dastak eventually paved the way for Katha, with Sania and her husband Shahid Shafaat as its helmsman. And so, they went on to perform fascinating plays, the most recent being Mae Adakara Banoongi. Theatre and television will remain the greatest milestones in her, but now, Sania is all set to embrace the big screen with Sarmad Khoosat’s Mae Manto. Calling her character in the film a ‘surprise’, she told Roznama Express, “I had never met Saadat Hassan Manto and didn’t know him personally, but as an actor, I have tried to fulfill the expectations of my director.”

On working under the direction of Sarmad, who will depict Manto in the film, she said, “I have always liked working with him because he takes the characters along with the narrative and the situations in the story.” As she makes her film debut, she shared that she wouldn’t mind doing another film in the future if she likes the script. In addition, film is a far bigger and popular medium,” she added.

The veteran actor thinks that local television has grown by leaps and bounds in terms of execution, but its content has dwindled over the course of time. “For me, the most important thing is the story, be it of a TV drama, theatre play or film. The medium is always secondary,” she commented.

The airing of Pakistani dramas in India has opened a number of new venues for cross-border collaborations and more so, a new market, which local producers can capitalise on. Although some industry veterans hold that the popularity of Pakistani dramas in India could be a shortlived, Sania thinks India is rightly the first stop before we go global. “Our stories are based on real-life situations and that’s a good thing, but I am worried about the kind of mindset we are creating by repeating the same kind of content again and again,” she lamented.

She added that the Pakistani TV industry needs to make good use of the sizeable Indian market. “That can only happen if we improve the quality of our stories, something that has always made our dramas stand out on a global level,” she said. Sania feels that the Pakistani industry has a considerable number of talented actors and it’s fascinating to see that many of them are self-taught, but doing just as good a job as any of the formally trained ones.