Inquiry commission’s report: ‘Starvation not the cause of Thar deaths’

Inquiry commission’s report: ‘Starvation not the cause of Thar deaths’ 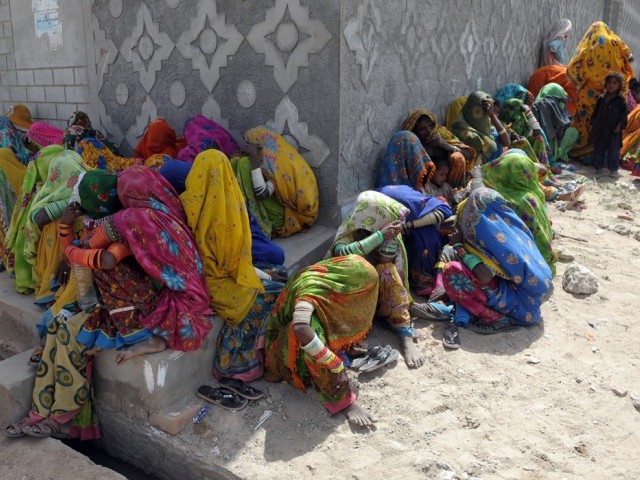 An inquiry commission formed on April 14 to probe negligence in handling the drought that led to deaths of 234 people, mostly children, in Tharparkar placed the onus of blame on the Sindh Health Department and elected representatives of the area.

The commission’s report, available with The Express Tribune, also criticised the Provincial Disaster Management Authority’s role in dealing with the drought.

The report says that the Thar region has historically been neglected by those in power.

Talking to The Express Tribune, Justice Alavi said the commission wanted to suggest a possible structure for development but that went beyond their mandate. He said it was unfortunate that two former chief ministers and a prime minister hailed from the region yet the development indicators for the area remained abysmal.

Alavi said millions of rupees were given to parliamentarians of the region. “I don’t know where the money goes or when they will spend it on development, especially in health and education sectors,” Justice Alavi said.

“If we can take natural gas from Sui to Quetta through mountainous terrain, surely we can transport potable water to the residents of Thar?”

The inquiry report says that district health officers are supposed to be aware of the goings-on in their districts. One hospital in Mithi cannot take care of residents of the entire district.

The report says that the death toll would not have been so high if residents were provided sufficient medical facilities in their areas of residence. Similarly, the drought could have been averted if the government had a comprehensive strategy to deal with it.

In his statement before the commission, Health Secretary Iqbal Durrani said the plight of Tharparkar came to light in February while the Health Department had begun rehabilitating people towards the end of December, 2013.

When asked about the lack of health facilities, he said they had appointed 53 doctors to Mithi Hospital, of which only 20 had joined. He said most of the mothers gave birth to children on sand as a result of which the newborns developed infections of all sorts. “No matter how many doctors we appoint, they’re still going to turn to their local midwives.”

The report does not mention starvation as a cause of death.

National Institute of Child and Health Care Hospital Director Jamal Raza, who visited Tharparkar to set up camps, told the commission that while many among the children he had checked suffered from dysentery and skin infections, chronic malnutrition was the most common ailment – even the mothers were malnourished.

The commission recommended incentivised mandatory service of three years for doctors in the area without political interference. “Doctors who refuse to work in Thar should be asked to leave.”

The report calls for basic health centres and hospitals with doctors, safe water and adequate equipment.

Prime Minister Nawaz Sharif took notice of reports of famine in Tharparker and directed the Army to provide food and medicine to the people there. He also directed the National Disaster Management Authority to submit a report in this regard. Nawaz has asked the BISP to submit a report on financial assistance given to residents of Thar in the last six months.