The projec­t will be comple­ted in three years.
By Our Correspondent
Published: October 31, 2014
Tweet Email 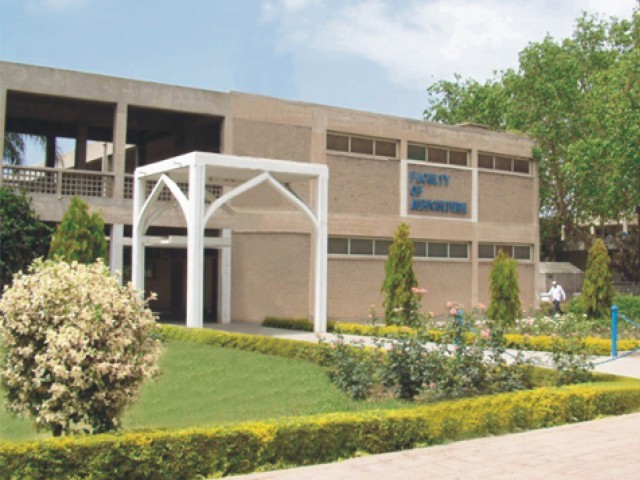 Khan said the energy derived from biomass could be converted into advanced second-generation bio-fuel. PHOTO: UAF.EDU.PK

FAISALABAD: The government has approved the establishment of a Punjab Bio-Energy Institute at the University of Agriculture Faisalabad (UAF) to overcome the energy crisis by harnessing the potential of alternative energy resources of power.

Speaking to The Express Tribune, UAF Vice-Chancellor Iqrar Ahmad Khan said the government had allocated Rs499 million in the project digest (PC-1) of the institute.  He said work on the project had started and was expected to finish in three years. Khan said the initiative had been taken to strengthen research and development in energy and environment protection sectors. He said the project would also hone training skills and complement an outreach programme introduced to promote the use of bio-gas powered tube wells to irrigate fields. Khan said 10 labs would be set-up under the project.

He said the establishment of the institution would enhance research and development activities regarding bio-energy systems. Khan said the institution would also benefit from the strong credentials of the UAF’s Faculty of Biological, Physical and Engineering Sciences.  Khan said the energy derived from biomass could be converted into advanced second-generation bio-fuel. He said the source had immense potential as there were 72 million cows and buffaloes, 785 million birds in the poultry industry across the country. Khan said 81 million tonnes of biomass was produced annually in Pakistan.