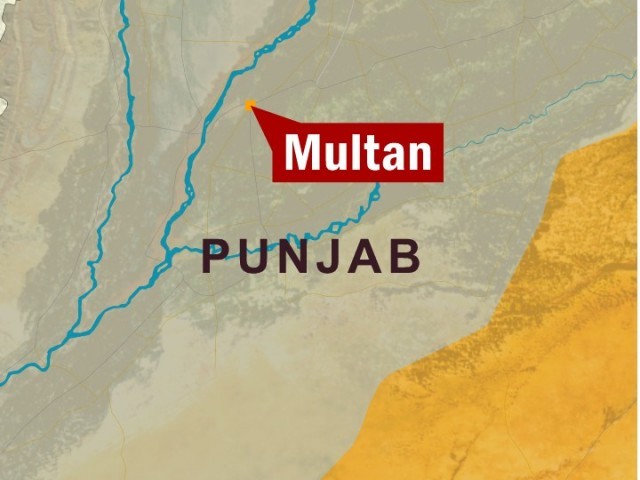 Fayyaz tied up a policeman and escaped

MULTAN: A proclaimed offender escaped from a high security room at Nishtar Hospital on Tuesday afternoon.

According to Muzaffargarh district jail police officials, proclaimed offender Fayyaz (32) was brought to Nishtar Hospital Multan to be treated for a leg fracture caused by bullet wounds.

Fayyaz was charged with Section 302 and was the primary accused in over 14 counts of robbery and murder. Police officials said that Fayyaz was arrested from his home town in Jatoi two months ago for the murder of landlord Amir Nawaz, whom he suspected of being a police informant. Locals told police that Fayyaz was a notorious gangmember and no one dared report on him to the police but he suspected that Nawaz had been feeding the police information and then he shot him. “He was the primary accused in  Nawaz’s murder case and when we raided his house he tried to escape,” said superintendent police (SP) Rehmat, adding that the police fired bullets at Fayyaz while he was escaping and he sustained injuries to his leg.

Fayyaz was held in the Multan district jail for over a month but his wounds got infected and while he was on a 16 day remand from the court, he was brought to Nishtar Hospital for treatment.

“We took him to the hospital because even though his wounds were bandaged they got infected and he needed treatment as he couldn’t walk properly,” said constable Irfan. Fayyaz was initially admitted to ward number 24 at Nishtar hospital for his operation but was later shifted to ward number 28 for his recovery.

“Ward 28 is designed especially for prisoners and we handcuffed him and he was tied to his bed,” assistant sub inspector Javed said, adding “five of us were guarding him”.

Hospital officials said that four men claiming to be members of Fayyaz’s family came to visit him while he was still in the hospital. The men allegedly came to his room and overpowered constable Irfan. “They locked the door behind them and beat me up with hospital equipment. Eventually they gagged me and tied me up with a motorcycle wire lock and escaped with Fayyaz,” Irfan admitted. Irfan said that none of the other police officials who were supposed to monitor Fayyaz were with him at the time. “They had all gone for lunch and I was the only one in the room,” he said.

According to Cantt police superintendent police (SP) Mehmoodul Hassan, Fayyaz had been operated on at Nishtar Hospital on September 28, two days after he was arrested by the police.

“At the time he received treatment for his bullet injuries and later they got infected but it is hard to believe this considering he managed to run away from the hospital on a fractured leg,” Hassan said, adding that a hospital nurse said she saw all five men leave his room.

Cantt police have arrested constable Irfan, ASI Javed and three other police officials for letting Fayyaz escape a highly guarded hospital room and have registered cases against them under Section 323 and Section 324. Hassan said that evidence had emerged suggesting that the Fayyaz’s gang members had paid off constable Irfan which was why he unlocked the internal doors of the hospital room. “Ward 28 is shut off completely as the doors are locked from the inside. Someone needs to let one in,” he said, adding that he suspected Irfan to initially be in on the escape but eventually the gang tortured him and tied him up.

Police officials are also suspecting the two other police constables on duty Altaf and Farooq for being accomplices as they both have escaped and are currently on the loose. “Farooq is Fayyaz’s cousin and these men are no where to be found,
he said.

Nishtar Hospital Multan has been sealed off and the police are investigating Fayyaz’s whereabouts. “It is shameful that an injured patient could escape the watch of 5 police men in a guarded hospital room and the police men responsible for his escape will be dealt with under the law,” Hassan said.