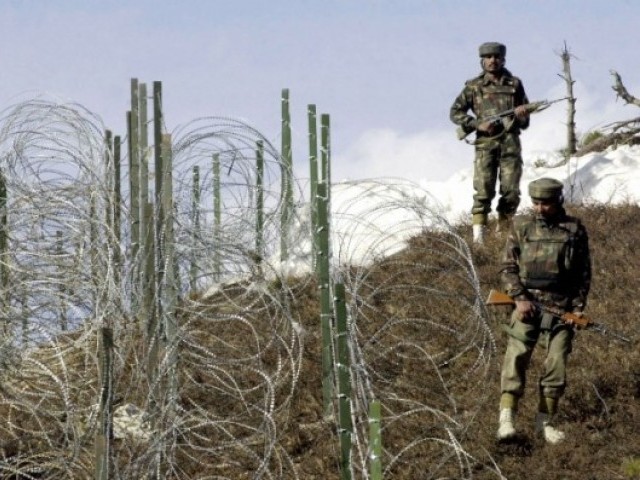 ISLAMABAD: Ministry of Foreign Affairs on Wednesday summoned the Indian high commissioner in Islamabad to lodge a protest over the killing of another civilian by firing of Indian Border Security Force (BSF) troops deployed at Tashpura Post.

According to a statement released late on Wednesday, Pakistan condemned the action of the BSF troops, which was in violation of the Border Ground Rules.

In its protest, Pakistan called upon India to respect the lives of civilians and refrain from indiscriminate firing, which has caused loss of precious lives.

The Indian side was reminded that earlier an inadvertent crosser, Kala Khan, was shot dead by the Indian security forces on the LoC in August 2014.

The incident had coincided with, reportedly, a BSF soldier’s inadvertent crossing who was treated well by Pakistani troops and returned safely as a gesture of goodwill.

BSF shoots dead civilian who had inadvertently crossed over

Earlier on Wednesday, BSF shot dead a farmer who had inadvertently crossed over near Zero Line in Shakargarh secrto.

According to Pakistan Rangers (Punjab) officials, at around 11:00am, few local farmers were in their fields at Zero Line in Shakargarh Sector.

The BSF, without giving any warning, opened fire when one of the farmers went close to the Zero Line, inadvertently.

One Pakistani farmer received serious bullet injuries, and was taken into custody by BSF officials. He later succumbed to his injuries.

The injured has been identified as 30-year-old Tauqeer, son of Shabbir, who was a resident pf Village Jalala, Tehsil Shakargarh, district Narowal.

Efforts are in place to bring the body of the deceased civilian to Pakistan, added the Rangers official.

Earlier, a foreign ministry statement condemned the killing of a 70-year-old civilian in Rawlakot sector, while calling upon India to restrain its security forces from firing on civilians, and stop the ceasefire violations across the LoC and Working Boundary. The government also offered its condolences to the bereaved family.