De-escalation the only way forward

De-escalation the only way forward 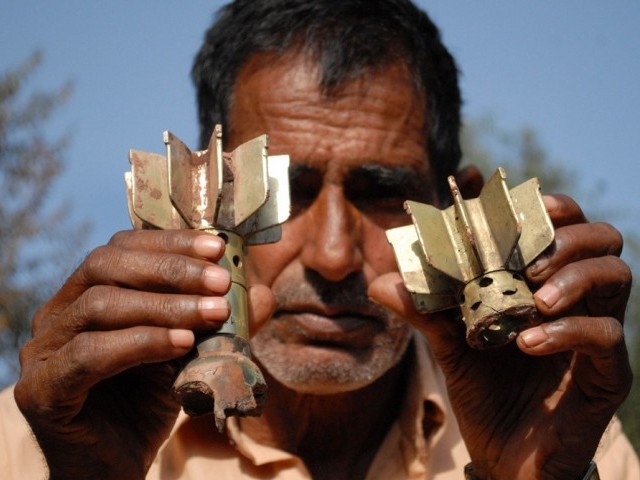 We know that Islamabad and New Delhi have control mechanisms in place to handle nuclear weapons, but whether these will work under the existing circumstances is an open question. PHOTO: AFP

For a long time, a scenario has been discussed in which tensions between Pakistan and India start off a nuclear war between the two states that have a long history of hostility, and this then enwraps other parts of the world. Judging from recent events and pronouncements of leaders on both sides of the border, but especially so from the Indian side, it would seem that such a nightmare may not be ruled out altogether.

Skirmishes on the Working Boundary dividing Pakistan and India along the disputed region of Kashmir have claimed several lives during the last few weeks. They are continuing for now, with the mechanisms in place to calm down such tensions not really working. The aggressive stance taken by the Indian government under Prime Minister Narendra Modi obviously adds to this. To add to the air of animosity, Pakistan’s Foreign Office said in a statement on October 23 that India was illegally building bunkers along the Working Boundary, in violation of a 2010 agreement. This obviously does nothing to help. The mounting tension is hindering many things, most importantly the quest to better relations between the two nations for the sake of their peoples and for the region as a whole.

Add to this a whole new element of danger. PML-N MNA Major (retd) Tahir Iqbal raised the horrendous idea that the existing tensions could trigger a nuclear conflict. Other members of Parliament endorsed the idea. We know that Islamabad and New Delhi have control mechanisms in place to handle nuclear weapons, but whether these will work under the existing circumstances is an open question. It is essential that they do. It is also essential that the present rate of tension be lowered one way or the other so the fears being expressed now and the mention of a nuclear war can go away. This is simply not an option that can even be contemplated. The consequences would be too terrible to even discuss. Well before we reach a point where tensions worsen, it is important that representatives and the government focus on finding ways to maintain peace and thus, make all of us feel a little safer.