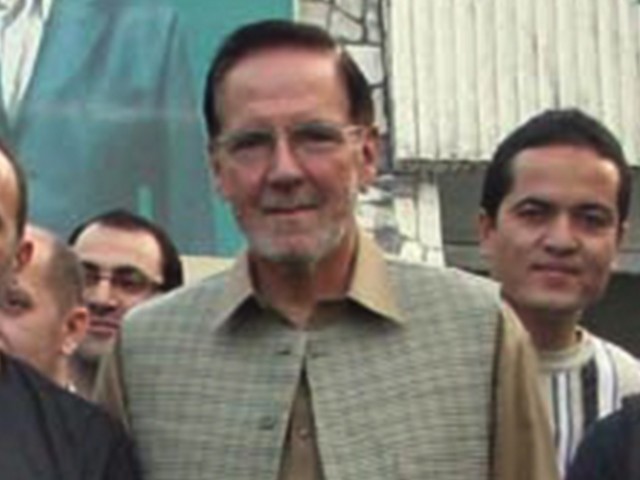 Salim says if former president wants to take part in national politics, he should return to Pakistan

He was talking to the media here on Monday after a meeting with a Turkish delegation.

“The Chaudhry brothers did not oppose Pervez Musharraf during his eight-year (tenure) and kept insisting on electing Musharraf as a president-in-uniform 10 times. Following his exit, they have turned against him,” he said.

Referring to Musharraf’s bid to enter into domestic politics, he said that if the former president really wants to play a role in national politics, he should return to Pakistan because the All Pakistan Muslim League (APML) party without him leading it is meaningless.

In response to a questioner, he said there was no pressure group within the PML alliance. “We want to field a strong party against the PPP in the next general elections. We will contact PML-N chief Mian Nawaz Sharif again. If he could sit with Benazir Bhutto despite all bitterness between them, then he can sit with us too,” he said.

Accusing a mafia of trying to hijack the country, Saifullah said rampant price hikes and unprecedented increase in unemployment were clear indications of the government’s failure.

Attributing shortages of electricity, sugar, petrol and gas on the government’s failed policies, he said that all parliamentarians should pledge to make efforts for eliminating corruption.