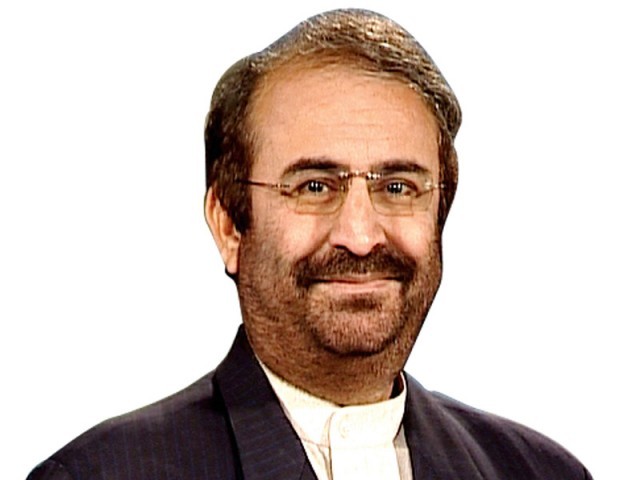 ISLAMABAD: On his first foreign visit after assuming office, Afghan President Ashraf Ghani will travel to China next week to hold talks with the Asian giant on key issues including economic and security cooperation.

According to a statement issued by the Presidential Palace, Ghani is scheduled to hold talks with Chinese President Xi Jinping, while the Afghan premier and parliamentary speaker will also address a gathering of Chinese investors and businessmen.

The three-day-long visit will provide an opportunity for Ghani to address China’s apprehensions over the extended presence of US troops in Afghanistan after Nato and US pull out of the country this year.

The visit could also help President Ghani to dispel the impression that his government tilts towards the West since he signed separate security and defence cooperation agreements with US and Nato on his second day in office.

China has high stakes in Afghanistan as it is economically engaged in the war-torn country. A $3.2 billion copper-mining contract in Logar province has been awarded to China, while it is also involved in oil and gas extraction in northern Afghanistan. However, China’s political role in Afghanistan has remained largely limited due to the US-Nato presence in the country.

Afghan analysts expect Ghani’s upcoming visit could pave the way for China’s active role in Afghan politics. “Politically, China has been very supportive of Afghanistan over the past 13 years but practically it has remained inactive. We really hope to see a more active Chinese engagement particularly in the investment sector,” said Dr Davood Muradian, director general of the Afghan Institute for Strategic Studies, Kabul while speaking to The Express Tribune.

On the other hand, foreign affairs experts in Pakistan believe China would be concerned about the prolonged stay of US troops in Afghanistan.

“China is worried about the long-term presence of American troops because that will be seen as a policy of containing China,” former Pakistani ambassador to Afghanistan Rustam Shah Mohmand told The Express Tribune.

Kabul seeks a more proactive role of Beijing which the Afghan ambassador in Islamabad calls a “substantive and meaningful Afghan-led and Afghan-owned process of direct negotiations for peace and reconciliation with the armed opposition, including the Afghan Taliban.”

While speaking at the Afghan-Pak-China dialogue in Islamabad this week, Ambassador Janan Mosazai said, “As we pursue this goal, we will continue to rely on help and support from our friends and partners, including both Pakistan and China.”

According to Deputy Presidential Spokesperson Fayeq Wahedi, President Ghani will hold talks with Chinese businessmen and investors and encourage them to invest in the country. “This is the opening of a new door of cooperation. Efforts are under way to expand relations with China in all fields,” Wahedi told Tolo TV this week.

Moreover, Afghanistan’s armed opposition also has a soft corner for China as it argues that the country has neither interfered in Afghan internal affairs nor involved itself militarily.

Dr Ghairat Baheer, the head of Hizb-e-Islami’s political commission, said China’s policy in Afghanistan has been positive and Afghans hold the country in high respect. Hizb-e-Islami is the second largest resistance group in Afghanistan after the Taliban.

“Afghans have bitter experiences with Russians, Americans and other Western nations. They prefer China over the West and want to have good political, military and economic relations with China,” Baheer told The Express Tribune.

With the US and Nato combat missions coming to an end in Afghanistan soon, China seeks a more active role. In July, it appointed a special envoy on Afghan affairs. Like other neighbours, China is also worried about a vacuum in post-Nato Afghanistan and the danger of militancy spilling over into China’s strategic Xinjiang province.