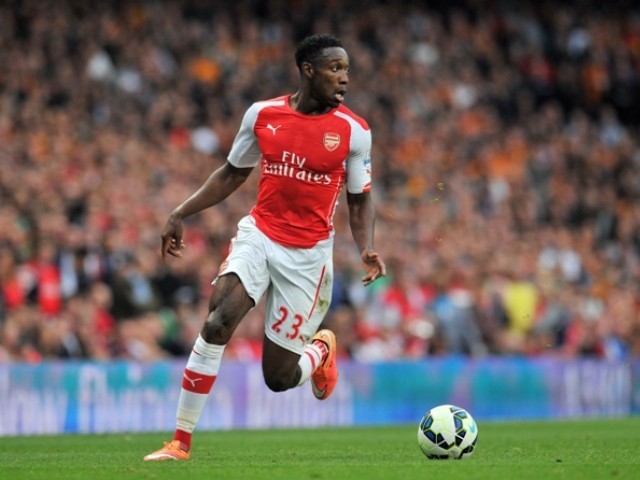 Arsenal will go in search of their first Premier League win in four games against Sunderland at the Stadium of Light. PHOTO: AFP

LONDON: After failing to defeat Hull last time around, Arsenal will be looking to boost their confidence when they travel to struggling Sunderland in the Premier League on Saturday.

Arsene Wenger’s side clinched only their fifth victory in their last 14 games when two goals in the final two minutes secured a 2-1 Champions League win at Anderlecht on Wednesday.

The Gunners will attempt to build on that when they go in search of their first Premier League win in four games at the Stadium of Light.

Arsenal’s stuttering start, combined with a lengthy injury list, has once again thrown focus on Wenger’s failure to bring in a central defender and a holding midfielder.

However, centre-back Per Mertesacker believes the squad is good enough and the players are to blame for underperforming.

“Everyone knows that it was a difficult start for us and our confidence is not as we would have = wanted it to be,” said Mertesacker. “The character is good, the mentality is good but football-wise, we lack a few things. We are not at our best. We have to admit that, be honest with ourselves and train harder.”

There is some good news for Arsenal though as Theo Walcott could be included in the squad for the first time in 10 months after recovering from a knee ligament injury but Mesut Ozil, Olivier Giroud, Mathieu Debuchy and Laurent Koscielny continue to be sidelined with injury.

Sunderland lost 8-0 to Southampton in their last match but manager Gus Poyet said he will not be making many changes.

“I think 75 per cent of the side is going to have a chance to play again,” he said. “I want us to prove we’re the team I thought we were before 3pm last Saturday.”

Liverpool manager Brendan Rodgers wants an improved defensive performance from his side when they face Hull City at Anfield.

The Reds’ 3-0 away win at Tottenham in August has been their only clean sheet this season. Rodgers signed centre-back Dejan Lovren from Southampton and left-back Alberto Moreno from Sevilla, while right-back Javier Manquillo was also brought in on loan from Atletico Madrid. However, with 19 goals conceded in 12 matches in all competitions so far this term, Rodgers said a collective effort from all his players was required to help Liverpool tighten up at the back.

“It needs to be better, that’s for sure; as a team, not just the defence and goalkeeper,” Rodgers said. “As a team we need to be better. We all pride ourselves on clean sheets but we need to more competitive and aggressive in those moments as a team.”