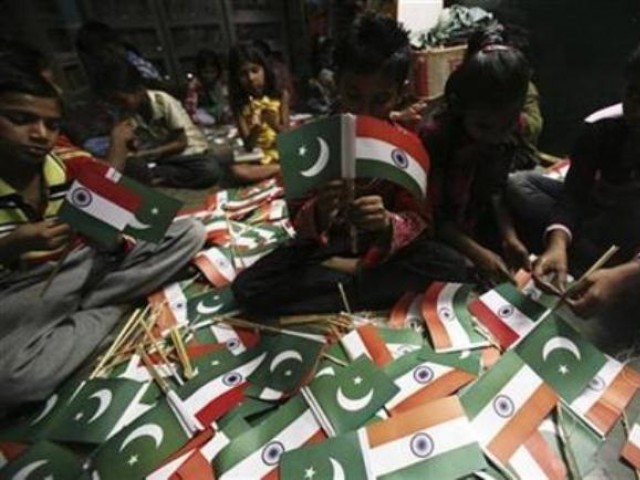 NEW DELHI: India warned Pakistan on Tuesday of more “pain” if it continued to violate a ceasefire on their disputed border in Kashmir and said it was up to Islamabad to create the conditions for a resumption of peace talks.

The statement comes a few days after army chief General Raheel Sharif vowed to thwart any “aggression” against the country, in a thinly-veiled warning to arch rival India after a spate of deadly cross-border firing incidents in Kashmir.

The two sides exchanged mortars and intense gunfire this month, killing at least 20 civilians and wounding dozens in the worst violation to date of a 2003 ceasefire. While the firing has abated, tension remains high along a 200-km stretch of the border dividing the nuclear-armed rivals.

“Our conventional strength is far more than theirs. So if they persist with this, they’ll feel the pain of this adventurism,” Indian Defence Minister Arun Jaitley told NDTV in an interview.

Indian Prime Minister Narendra Modi’s government came to power in May promising a tough response to violence in the Himalayan territory. It accuses Pakistan of helping militants cross into its side to keep alive a 25-year armed revolt in India’s only Muslim-majority state.

Military officers on both sides say Indian border commanders adopted a more aggressive stance in the clashes this month, firing 1,000 mortars on one day this month.

It was not clear what triggered the fighting.

Pakistani army officials said the trouble began with India’s decision to beef up border defences, in violation of the ceasefire pact.

Indian army commanders, for their part, were incensed by the killing of a soldier on their side of the Line of Control in Kashmir in a remote-controlled explosion that they blamed on militants backed by Pakistani army regulars.

“When Pakistan used to fire, we always had a shield in our hand. This time we also had a sword,” said Jaitley, a close associate of Modi who is also finance minister.

Modi invited his Pakistani counterpart, Nawaz Sharif, to his inauguration as part of a push to rebuild trust with neighbours. But while relations with the smaller neighbours are improving, Pakistan has remained a stumbling block.

In August, the Modi government abruptly called off talks between the two countries’ top diplomats, objecting to Pakistan’s ambassador to New Delhi holding talks with Kashmiri separatists ahead of the meeting.

Jaitley said it was up to Pakistan to create the conditions for dialogue.

“Of course we can talk to Pakistan, but it is up to Pakistan to create an atmosphere for talks. Pakistan has to stop triggers which upset the environment in which talks are held,” he said.