MQM should have come back and partic­ipated in the sessio­n if it was such an import­ant bill, says Durran­i
By Web Desk
Published: October 21, 2014
Tweet Email 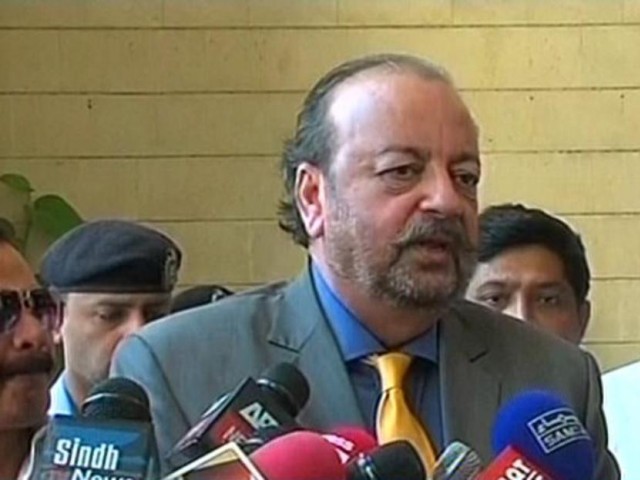 KARACHI: Speaker of the Sindh Assembly Agha Siraj Durrani on Tuesday offered to play a neutral role in the current feud between the Muttahida Qaumi Movement and the Pakistan Peoples Party.

“I have offered to bridge the gap. I will be a neutral party in this conflict for the benefit of the province,” Durrani said while speaking to the media shortly before the start of the Sindh Assembly session.

“If they tell me to intervene as a third party, I will.”

“Yesterday, representatives of the MQM came to meet me to seek seats on the opposition benches. I have not been able to look into this and will make a decision about this according to the rules,” Durrani said.

“Hopefully, it will not come to that,” he said.

Further he expressed his disappointment at the MQM walking out of yesterday’s session.

Durrani also addressed the passing of the local government bill, “It was passed under the direction of the Supreme Court. And MQM should have come back and participated in the session if it was such an important bill.”

“Benazir Bhutto used to say when there is a misunderstanding, both parties should sit together and attempt to resolve their issues,” he said.