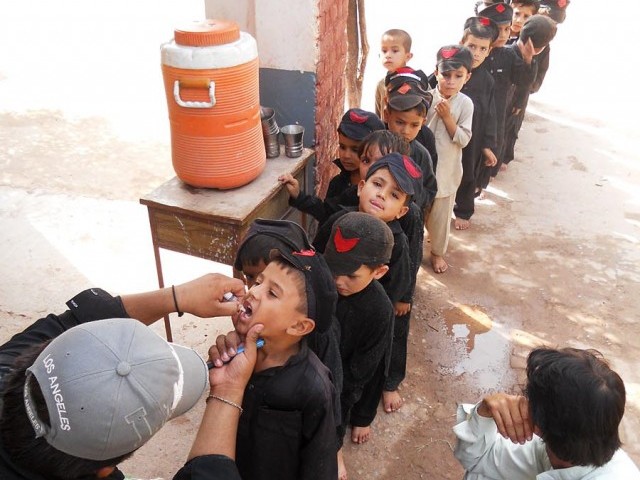 Under no circumstances will campaign workers continue with their work without security. PHOTO: ONLINE

KARACHI: Due to a lack of security, 42 union councils have postponed their anti-polio campaigns, Express News reported on Monday.

Union councils are faced with a lot of difficulty in beginning of these campaigns as without adequate security, campaign workers are often targeted.

The campaign was meant to take place in 75 city union councils, but has been postponed altogether.

A doctor in one of the union councils, Dr Sageer Ahmed, said that under no circumstances would campaign workers continue with their work if they are bereft of security and protection.

With the two new cases, the total number of cases in the country this year has hit 209.

The Federally Administered Tribal Areas leads with the most number of cases at 138, followed by Khyber-Pakhtunkhwa at 43. There are 19 cases in Sindh and six in Balochistan, while three children were diagnosed with the virus in Punjab.